CA(SA) Profile: Relishing the challenges of the coalface 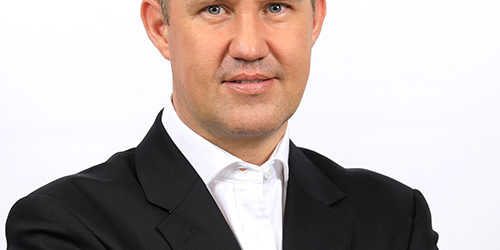 As a small boy, you’d invariably find Deon Smith playing with trucks and excavators in the sandpit. By the age of 16 he’d developed a fascination with the mining industry, and the impact it had on every stakeholder. Nearly three decades later, it’s no surprise to find him firmly ensconced as CFO of Thungela Resources, the newly demerged thermal coal operations of Anglo American.

‘Mining has played a material role in South Africa’s economic and social development and will continue to do so for many decades to come,’ says Smith. ‘It has an incredibly positive impact on everyone involved in the process, from the miners themselves, to the communities around the mines, to the entire region and country.’

Smith is no newcomer to the industry. He was named CFO of Anglo American’s Coal South Africa division in July 2017, after a career journey through Anglo American that started in 2007 and included stints heading up various finance departments within the company, including Risk and Assurance, Accounting Services, Capital Management, and Corporate Finance.

What this means is that he’s under no illusion as to the magnitude of his task as Thungela looks to transition away from the safety of the Anglo American stable into a standalone business, with functional disciplines like Investor Relations and Treasury having to be establishedfrom scratch as the company prepares for life as a standalone listed entity across the JSE and LSE.

He’s also focused on helping the market understand the business to support both existing and new shareholders reflect on their investment prospects at a time when coal is increasingly being seen as a ‘dirty fuel’.
‘We’re not blind to the existing perceptions around coal mining. But there’s a level of realism and appreciation for the importance of our operations, both in the communities in which we operate and more broadly around our ongoing role in ensuring South Africa’s energy sustainability for the foreseeable future,’ says Smith.

‘While we’re awake to the ongoing debates around the pace and importance of transitioning to renewable energy sources, we’re focused on supporting our mines and operations to deliver on our promises to the Thungela board and all our stakeholders. If we don’t produce safe and competitive coal, we have no reason to exist.’

One of the major challenges facing the new business in the short to medium term is to keep Thungela’s people engaged, motivated and maintain ‘business as usual’ to keep production at the levels needed to deliver on the sales plan agreed with former parent company Anglo American. Keeping the workforce healthy through ongoing waves of the COVID-19 pandemic is another challenge, with mines coming under particular pressure to ensure the safety of their people and the surrounding communities.
The opportunities are for the newly independent business are significant, though. ‘As our CEO, July Ndlovu, said at the launch of the company, we’re in a good place. We have an experienced and diverse management team and board and will continue to contribute significantly to our host communities as we drive financial and material value for every stakeholder,’ says Smith.

This includes a commitment to establishing an employee partnership plan and a community partnership plan, which will see each group holding a 5% interest in the Thungela thermal coal operations in South Africa, thereby enabling them to share directly in the financial value that the company generates.

What makes Smith particularly well placed to succeed is that he’s never been a narrowly focused CFO but has always looked to play a role as a commercial business partner to the CEO, Exco and the board.

‘Over the past three years alone, we’ve added responsibility for Strategy, Business Development and Mineral and Property Rights to the CFO portfolio. This journey continues as we seek to generate end to end integration of various commercial levers and processes to help achieve the CEO and board’s aspirations for the business. Perhaps the most pronounced change I’ve felt in my role is the increased need for external market engagement with a range of shareholders,’ says Smith.

His personal management style? ‘I’d like to believe that I’m an enabling leader and that I only get involved in the detail where we have a significant risk or opportunity to run aground.’ Judging by his track record to date, it’s an approach that has served him – and his company – well. He might work in coal, but Deon Smith’s future remains sparklingly bright.