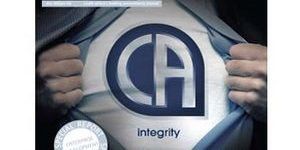 Without a doubt, 2008 has been the most eventful year we’ve experienced in a long while. A global economic meltdown, Eskom load-shedding, peaceful elections in Zambia, a proposed government of national unity of sorts for Zimbabwe, a historical presidential recall in SA, an ANC split and the creation of a new opposition force, electricity bills that have more than doubled, fluctuating fuel prices, pirates off the coast of Africa, continued Palestinian/Israeli and DRC conflict, the now infamous one Olympic gold medal for SA, a R10+ high dollar exchange rate for the rand, the first black president-elect for the US … the list goes on and on.

Change, crisis, and choice have certainly been the mark of 2008 and while many industries, communities and countries are struggling to stay on track, SAICA has purposefully made it its mission to stay ahead of it all. On page 5, Nazeer Wadee highlights just some of the initiatives and focus areas that have seen us make huge strides this past year. The pioneering CA Charter, the launch of the AAT(SA), the Power Practice project, and a host of other very key partnerships SAICA has embarked on this year have meant that we’ve been massively active in exercising our citizenship both of the profession and of the country.

We’ve even undertaken to re-launch the face of SAICA. We have a new website, a new corporate identity (see the new SAICA logo on the cover), and a new lease on life. And in February 2009, we’ll also add a new look Accountancy SA journal to the mix.

Change, crisis and choice has and always will be the catalyst for us not to reflect only on what has just transpired around us, but it also gives us opportunities to go beyond what is expected.
And as Madame Anne Sophia Swetchine once famously said: ‘In this world of change, nothing which comes stays, and nothing which goes is lost’.

So, here’s to an exciting year end for all our members and a truly innovative and prosperous 2009.

Thank you to all who continue to make this publication SA’s leading accountancy journal.

Until Feb 2009, have a safe festive celebration.