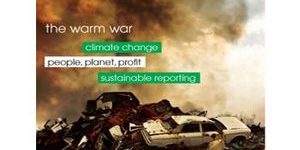 In a recent report in The Times (UK), scientists claim that the often exaggerated and inaccurate claims about the threat from global warming actually risk undermining efforts to cut greenhouse gas emissions and contain climate change. They go on to say that environmental lobbyists, politicians, researchers and journalists that distort climate science to support their agendas erode public understanding, play into the hands of sceptics, and confuse the public about what has been established as fact, and what is but conjecture.

Now, while the science experts don’t in fact dispute that global warming is a real phenomenon with immensely serious consequences, and that action to curb emissions is urgently needed, they go on in the report to say that the contribution of natural climate variations towards events such as storms, melting ice and heatwaves is too often overlooked, and that possible scenarios about future warming are misleadingly presented as fact – and not only as possibilities.
Not being a scientist myself, and not having much knowledge of environmental issues, I could seriously fall prey to the facts and conjectures by leading lobbyists, such as Al Gore. And if I did, what indeed would be the harm?

The reality is that whether or not we truly are in the throws of a warm war, being cognisant and actively contributing to decreasing the impact of global warming can only bring about some positive changes to the way we interact with nature, do business or conduct ourselves on a political front.

In this issue, some may sum up our contribution as conjecture, but I humbly challenge you to join in with the efforts already being made by many within our profession and throughout the SA business landscape, for the benefit of all our children.

And as you ponder this, please do have a safe and enjoyable festive break. From the ASA team.