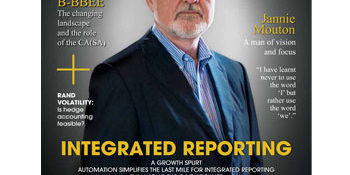 I recently had the opportunity to attend a breakfast where Chris Gardner spoke. You might not know who he is, but you probably know his story. In his lifetime, this successful against-all odds stockbroker was the inspiration behind the Academy Award-nominated film, The Pursuit of Happyness.

He has accomplished many things – overcoming a violent childhood, rising out of homelessness, being a single father who broke the cycle of abuse with his children. Yet, the story he tells is much more than one of accumulating wealth and overcoming adversity.

His story starts with a promise he made to himself when he was just 5 years old: His children will one day know who their father is and he’ll never abandon them.

That promise kept him going when humanity expected him to give up. He calls that drive and motivation “spiritual genetics”.

In our country we have a lot of negativity thrown at us every day. We experience anger, fear and sometimes pain as we deal with crime, corruption and general bad news.

We are saddened and outraged when someone stands up for corruption and what they believe in and have to pay for their lives with it, as what happen to Lawrence Moepi from SizweNtsalubaGobodo.

And that is why we, as South Africans, also have to tap into our own spiritual genetics in order to lift ourselves above everything that happens around us.

We have all the opportunity in the world to become all the negative things that’s being pushed in our faces every day.