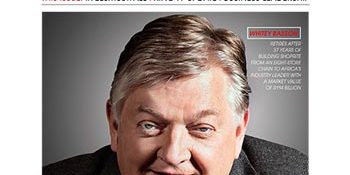 As 2016 draws to an end, the quest for great leaders in our country has never been greater. And while reading about this topic I read an interesting article which turned the idea of the typical great leaders on its head.

Rob Asghar wrote an article for Forbes on why ‘bad’ people make great leaders. He argues that if you want to build a great leader – don’t start with a good person. Start with a ‘bad’ person and then shape, smooth and polish as necessary.

He writes that most of the modern leadership development industry is based on a myth. It’s a feel-good saga, spread by consultants and academics and ‘gurus’, about how the best leaders are collaborative, compassionate, empathetic and free of most defects of character.

But it’s false. The best human beings are collaborative, compassionate, empathetic and free of most defects of character. But the best leaders often are not.

Everywhere we read about good leadership versus bad leadership and all the ‘bad’ signs are listed as lack of empathy, bossiness and lack of humility. Then shouldn’t the question be asked why the Steve Jobs and Clintons (and even the Caesars) are hailed? Aren’t their management styles and personalities often different from what the gurus preach?

Isn’t it time to admit that effective leaders are less like Santa Claus handing out gifts – and more like the All Blacks confidently crushing their opponents to win every game they play? Unconventional leadership like that is what can turn a good team into a successful team and turn a successful team into a legacy.

Asghar writes that the key question is this: If your organisation is looking for a strong leader who can really get things done, can you afford to take a chance on the idealized notion that the gurus preach? Or you do you have to admit that you may need someone who has rough and unpleasant edges?

So maybe, if you’re looking at building or mentoring good leaders you should consider doing it on a foundation of ‘bad’ qualities – that competitive streak, excessive risk-taking, dangerous stubbornness, and so on. Then you try to add in the restraint, the wisdom, the compassion and the other qualities that keep leaders from racing off a cliff in their passion.

This notion is quite different from what is generally said, but in an era in which great leaders are needed everywhere, this one is at least based on reality.