Feature: A healthy lifestyle should be compensated 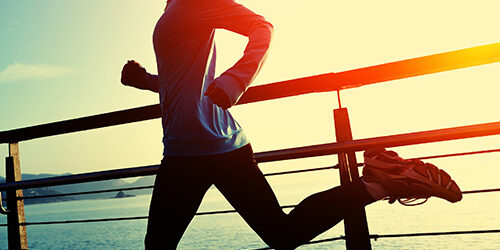 We spend too little on the prevention of disease in South Africa. It is imperative that we start looking at ways of addressing the situation, and tax cuts or other economic incentives could be an answer

The main factors that have an impact on our health are nutrition, physical activity and stress. Smoking and drug use also play a role. Doctors can measure physical fitness through various tests indicating the rate of oxygen consumption during exercise. They can also measure the level of stress hormones in the body, and a saliva test can indicate whether someone is a smoker or not. However, there isn’t a simple test for good nutrition.

People are often victims of their environment and the society they live in. Rather than giving them a tax break, could we provide a different economic incentive? For example, when people are diagnosed with pre-diabetes (where people have elevated blood sugar levels − approximately 7% of our population is pre-diabetic) could government provide a financial incentive to encourage them to change their lifestyle? Patients’ progress could be monitored through tests showing their average blood glucose levels over a few months. Preventing people from becoming diabetic would mean a tremendous health cost saving for the government.

A one-size-fits-all approach won’t work – the promotion of good health practices involves a range of strategies, including taxation and regulatory change. We need to look at the evidence and invest in what works: the health of our nation depends on it.

As a first step, medical aids could review some of the restrictions on members’ access to preventive medication. For example, some medical aids do not cover contraceptives and vitamins.

Major health problems affecting today’s societies (such as certain chronic diseases) can often be prevented and managed through healthy lifestyle choices and the early detection of disease. The truth is, however, that people often neglect preventive measures and engage in unhealthy habits such as smoking, alcohol abuse or a sedentary lifestyle. Thus policymakers, health insurers and employers all over the world seek ways in which to promote healthy behaviours and stimulate the adoption of preventive measures among the population as a means of reducing health costs and increasing employees’ productivity.

These interventions are traditionally targeted towards the younger age groups, as they have longer to live and can benefit from prevention for a longer time. However, with population ageing − which affects, or soon will affect, various countries all over the world − health promotion among the elderly is gaining importance, as it may hold considerable social benefits.

Conclusion
More research is needed on the effects and promotion of financial incentives for preventive medicine among older people before their broader use can be recommended. The design of the financial incentive system may be a crucial element in their acceptability.

Author
Dumani Mhlongo, Tax Specialist at the SABC, is a member of the SAICA Vat Subcommittee