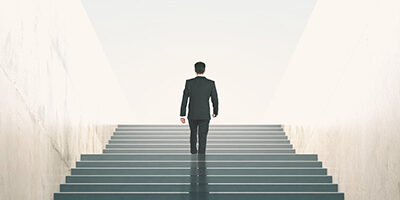 What are South African professionals’ views on career strategies and retraining in today’s job market?

Traditionally, following a career path meant starting at the bottom and slowly working your way to the top. There was nothing unusual about working in the same sector, and often at the same company, for the whole of your professional life.

Today’s job market is much more dynamic, and many people relish the opportunity to explore different career options. Hopping from job to job and sector to sector is often seen as a mark of success. The most skilled candidates can rise speedily through the ranks – if that’s what they want. For some, other factors are a bigger priority, such as maintaining a good work/life balance.

People’s career strategies are changing. But how is this working out for them in practice? To find out, Michael Page surveyed 172 candidates in South Africa from mid-July through September last year. The results will interest you.

When is it time to move on?
We asked candidates how long they would stay in the same position before considering a move. 13% of candidates chose a duration between three to five years, with three years the most popular answer. On the other hand, 31% said that it depended on the dynamics of the company, suggesting that a flexible mindset is a must-have skill when mapping career paths.

How many jobs make up a career?
Changing career paths takes time and energy and not all employees are motivated to move on.

Around 33% of respondents are convinced they have found the right job and see no need for change. However, that figure is dwarfed by those who think they will have two (20%), three (19%) or four (3%) different jobs in their career, with 5% believing they will need five or more jobs.

Many candidates are in a hurry. Around 31% of candidates have either already made a career change or are in the process of doing so (20%). Only 23% of respondents say they have never thought about changing their professional path. Of these, 33% are convinced their current job is a perfect match for them, while 4% think changing careers sounds too complicated or risky. Finally, around 10% of candidates say they have thought about switching careers but don’t know if they will do so.

Motivation for moving
What are people looking to find in a new job or career? More than half (63%) of respondents are ready and willing to learn new things, while 54% see the potential for opening up more opportunities and a better career path. 52% want an opportunity that is a fit with their skills and interests.

However, professional growth is far from the only priority for today’s job seeker. Many candidates yearn for a sense of fulfilment in their working lives. 60% want to work for a company with a strong purpose, 44% want a job more in alignment with their personal values and ethics, 43% of candidates are looking to achieve a better work/life balance in their new career. 38% are looking for better compensation.

In today’s dynamic job market, you would think that making a career change is rarely a snap decision, but around 38% said the change was spurred based on an opportunity that came up. 40% of candidates say that it took them several months or years to make up their minds about a career change. Others realised it was time for a change when they were impacted by a company’s culture or structure (38%) or were spurred on by a specific event (20%) such as suffering a COVID crisis (24%) or losing a job (5%).

Upskilling for success
Just because a candidate wants to switch careers doesn’t mean they currently have the skills to do so. Around 36% of those polled said they needed extra training to facilitate their move, against 35% who did not. Among the former, 14% had to quit their jobs to focus on retraining. Around 31% of all respondents completed a skills assessment or received some guidance from professionals.