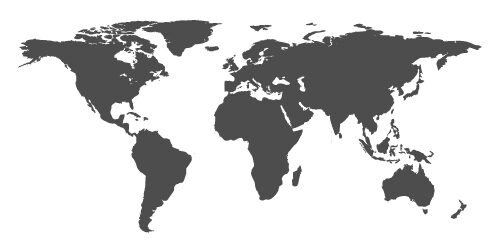 One of the most topical discussions in professional and high-net-worth circles today is the question of secondary citizenship and residency. The impact of the COVID-19 lockdowns has highlighted the limitations and risks of been tied to one jurisdiction. It is an emotive debate of whether they should be allowed, and one that often brings up strong nationalistic sentiments. But irrespective of one’s thoughts, one cannot deny that the desire exists for people wishing to obtain a so-called ‘Plan B’ or to simply acquire an additional form of global mobility

As innovative as it may seem today, the concept of rewarding citizenship onto a person is nothing new historically. Classical Athens was known to bequeath citizenship on foreigners who had contributed significantly towards society, while modern-day France gives citizenship to soldiers of the French Foreign Legion in exchange for their service.

Another interesting example was Ancient Rome. There it was possible for foreigners to be made Roman Citizens ’for great acts in the service of the community’.1 Citizenship was also sold to rich foreigners who they felt could meaningfully contribute to the empire.2 Proof of this is even provided to us in the Bible during the arrest of St Paul the Apostle whereby he confirms that he ‘acquired this [Roman] citizenship with a large sum of money … and the commander also was afraid when he found out that he was a Roman’.3

What all these examples have in common is that throughout history organised states have been willing to honour citizenship to an outsider in recognition for some deed that has benefited society. The same holds true even to this day through the concept of residency or citizenship by investment (RCBI). This may include several additional requirements such as proving additional economic and familial ties to the country in question, but the principle remains. In exchange for investment, the country grants a highly coveted legal right in return.

With more than twenty-five countries around the world currently offering RCBI programmes, they have proven to be extremely popular as they benefit both the individual applicant and issuing country in equal measures.

But there is more to the rationale of RCBI than the immediate benefit a country experiences from the initial transaction of capital. Not only is this foreign direct investment essentially debt free, but the investor is usually required by law to hold the investment for a prescribed minimum period. Alongside the requirement in certain countries for an applicant to spend a prescribed amount of time there – there is also the promise that they might reside there on a more permanent basis, eventually changing their tax residency, with all the associated benefits to that country that would accrue from this.

This is called sovereign equity − the ability of a country, through the RBCI programme, to attract a desirable individual who is productive, hopefully entrepreneurial, and who develops strong ties with the country while at the same time effectively attracting debt-free foreign direct investment inflows.

For an individual and their family to partake in one of these programmes, it is normal for a most stringent due diligence process to be executed, given the fact that no country should harbour any person with a criminal record.

As much as any country would like to retain their best citizens, conversely, there is a new competition internationally for other ‘competing’ countries to attract the right talent which they see as essential to their economic recovery in a post-pandemic world. For example, Australia has a Global Talent Independent visa, whereby certain industry sectors have been identified as essential to enabling the country to obtain a critical economic advantage. The financial, agricultural and information technology sectors are part of this. Applicants from these fields, if accepted and are fast-tracked onto the path of permanent residency, over and above the usual visa applications.

According to Dr Parag Khanna, an expert in the field and author of the bestselling book The future is Asian, in a recently penned article noted: ‘Many countries have [recently] cleverly amended their visa policies on the fly, allowing tourists to become classified as nomads, nomads to convert into entrepreneurs, and entrepreneurs into residents.’4 Island nations such as St Kitts & Nevis and Malta have made stringent efforts in this regard too.

While it is expected to see even more innovation coming from countries competing for talent, many traditional RCBI programmes continue to be offered. The map below provides a high-level snapshot of all the countries that Henley & Partners, the global leader in the investment migration industry, work with at present:

These programmes can be divided into two different categories – those that offer residency and others that offer citizenship. The difference is important as they each endow different legal rights onto the individual.

In the case of residency, one may have the right to live, work and study in a country, but one may not necessarily have all these rights. This depends on the country concerned and its own laws. It may come with certain conditions such as periodic renewal, cannot be passed down to future generations and may be revokable. It may allow some travel rights, but could potentially affect one’s tax status, depending on how much time one spends in a country to maintain residency.

Citizenship on the other hand is more comprehensive. Citizens have the right to vote and can pass citizenship to their children. One can travel internationally on a passport, and it affords the holder protection from the state such as the right to national healthcare, a state pension and basic education, if available.

It should be noted though that residency could eventually lead to citizenship. Again, the requirements vary from state to state, but are usually along the lines of the individual in question spending significant time in the country and passing a ‘citizenship test’ whereby their ties to a country are proven.

No matter which route is followed, there are typically three categories of investment that an RCBI investor can make:

To illustrate this, examples of selected programmes around the world have been summarised in the table below.

Additional points of interest have been included but are by no means an exhaustive summary of each of the programmes’ respective details.

Although the cost of these programmes may seem rather high, when compared to the benefits they provide the applicant it is a small price to pay in a world where this past year has taught us that nothing is certain. There is a newfound attractiveness for professionals around the world to hold a ‘diversified investment migration portfolio [which] adds impetus to their wider wealth planning and legacy management strategies, acting as a buffer against a further downside, generating new value, and improving the entire family’s well-being. ’

Reading these words, one cannot help remembering what Benjamin Franklin, one of the Founding Fathers of the United States of America, once said: ‘Where liberty dwells, there is my country.’ What better way to achieve that in today’s tumultuous world than by having options to exercise?