Feature: The destruction of silence 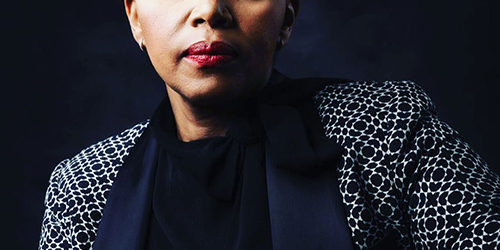 A true example of resilience and integrity, former Trillian Financial Advisory CEO Mosilo Mothepu had to sacrifice not only her job, her security and her peace of mind, but also had to endure immense trauma to do the right thing and blow the whistle on state capture.

‘My story is one of conviction, resilience and faith,’ says Mosilo Mothepu.

Mosilo describes herself as a ‘typical black woman in corporate South Africa, in financial services, dealing with patriarchy, racism, fighting for the right transactions and for meaningful work’. Many times throughout her career she thought of herself as ’just a tick-box’.

During the first five years of her career, Mosilo worked at various banks and her roles included private and corporate banking. She also served as City of Joburg’s head of investor relations.

She moved on to Regiments Capital, where she was involved in assisting the Airports Company in upgrading the capital investment programme in preparation for the FIFA Soccer World Cup in 2010. ‘I raised R5,5 billion for the airports and I am very proud to say that I played a pivotal role with regard to the funding and construction of those three international airports.’

Mosilo then left Regiments Capital to pursue capital markets and complete her master’s degree.
Fast forward a few years and Mosilo returned to Regiments Capital, which was working with blue-chip public-sector clients like McKenzie, Transnet, SAA, SA Express and Denel.

Raised by an educated single, Christian mom, Mosilo feels blessed that her mom always instilled a sense of strong work ethic, faith, and the importance of living up to your convictions.

‘When I was told in October of 2015 that Nhlanhla Nene was going to be fired by President Jacob Zuma, I was taken aback.’

She received the news from her boss, Eric Wood, who was one of the shareholders and directors of Regiments Capital. He also told her that her colleague, Mohammed Bobat, would be Des van Rooyen’s advisor. The idea was for Bobat to be Trillion’s inside man.
‘I didn’t really understand the significance of this conversation at the time, but he essentially told me that this minister would be more “pliable” because he will approve deals like the nuclear deal and others,’ she remembers.

In December of 2015, the President had indeed fired Nene. ‘The rand took a nosedive and the stock market lost hundreds of billions of rands because of that decision. But I think God loves South Africa because by that Sunday, Pravin Gordhan was back for the second phase in his career as finance minister,’ she smiles.

Regiments Capital split up. Trillian was formed and Mosilo was promoted to CEO of Trillian Financial Advisory in March of 2016. However, she started seeing red flags in February already, when she was asked to put together an unsolicited bid to Transnet and four days later was asked to send an R11,4 million invoice, which she refused.

Being well aware of her fiduciary duties in terms of the Companies Act, Mosilo got a sense that something was not right. ‘On 16 March (my birthday), the financial director of Trillian told me that the President wanted to fire Pravin Gordhan. I couldn’t believe that, after seeing the reaction of the market (when he fired Nene), he still wanted the Guptas, essentially, to have the keys to our safe, our National Treasury.’

During this time, Mosilo’s professional relationship with Eric Wood deteriorated. ‘I wrote him a letter from my lawyer, but he didn’t respond in a meaningful way. I also started to connect the dots – I could see that the Guptas were part of Trillion and that they had various entities.’

Mosilo left Trillion after three months as CEO. ‘I had seen enough – that this company was involved in money laundering, racketeering, impropriety, fraud, state capture and theft.’

She asked a lawyer for a legal opinion who told her that as a director, she either has to go to the police, the Public Protector or a Member of Parliament.

Mosilo decided to go to Egypt where her life partner was the ambassador of South Africa in Cairo. ‘I was terrified. Zuma, as a ruler, was at his most powerful. The Guptas were running the country.’

Mosilo’s life partner surprised her with a visit to a peninsula by the Red Sea. ‘We took a drive through the wilderness where the children of Israel wandered around for 40 years when they ran away from the slavery of Egypt. I saw Mount Sinai where the ten commandments were given to Moses and felt so spiritually enlightened.’ She realised there that she serves a God that parted the sea. ‘I said to my partner I have to go back to South Africa even though I was worried I might get killed.’

At the time, then Public Protector Thuli Madonsela was investigating allegations of state capture. ‘I remember realising I can help her. I also saw that Pravin Gordhan was going to be charged with fraud and I knew these false charges were malicious, designed to make him step aside.’

Mosilo asked herself how she wants history to remember her and realised she had to go back.

She typed out her statement in Cairo and returned to South Africa two days later. ‘I told Madonsela all I knew and requested a meeting with Pravin Gordhan, who sent his special advisor and, I advised him of my suspicions with regards to the fraud charges.’

At the time, Mosilo had all the information to essentially bring all the parties, architects and participants of state capture into the light, but would have been collateral damage.

She feared for her life, had to get a security consultant, check any weaknesses in her house, get security gates, switch off her phone’s locations. ‘I heard that State Security bugged my phone and it was just a terrible time.’

In November of that year, Mosilo got a call from to say Trillion’s chairperson and CEO had laid nine criminal charges against her, including cybercrime, extortion, conspiracy, perjury, corruption and contravention of her contract’s confidentiality clause.

She racked up a legal bill of R1,3 million and was unemployed for two years. ‘Corporate did not want to touch me. They doubted my integrity or felt the guys on the Guptas’ side were still in power, so they feared them. I was deemed a “politically exposed person”.’

During this time, Mosilo almost went bankrupt. ‘I had to take all the equity out of my bond. I had to liquidate my investments and pension,’ she admits.

When she had only three months’ worth of living expenses left, Rob Shuter, CEO of MTN, read an article about how Mosilo took a bullet for South Africa and was repaid with bankruptcy.

‘Miracles happen. Rob asked one of his exco members to contact me and offered me R3 million per year. At that time, I was very angry with God. I couldn’t understand why I was being punished for the conviction He gave me. For not protecting and providing for me while I was walking this path. The world was upside down. You’re supposed to do good and good comes to you. But it looked like in South Africa, when you say no to corruption, bad comes to you and when you’re corrupt, good comes to you.’

CR17 happened in December 2017 and all of a sudden, in January 2018, Mosilo was no longer a suspect. ‘Suddenly I’m now a hero and the Hawks want me to help them find the bad guys. I didn’t have to wait for Zondo to establish whether state capture happened. I have seen it with my own two eyes and lived to tell the tale.’

She admits it was a time of mental and emotional anguish. ‘You can imagine the emotional, psychological devastation. I started getting panic attacks. I had to go see a psychologist and I was diagnosed with chronic depression, post-traumatic stress disorder, insomnia and anxiety. I had a nervous breakdown. I was in the hospital. There was a time I just lost faith in humanity, but at the end of the day, I look at where South Africa is because of me. I assisted Thuli and she recommended the Zondo Commission because of my testimony. I assisted Eskom with regards to getting McKinsey and Trillian to repay R1,8 billion. All because of my sacrifice …’

She wrote a book titled Uncaptured about her experience. ‘I wanted to tell South Africa and the world that you have to stand up for your conviction. I also wanted to show the strength and resilience of the human spirit.’
Although it has taken a toll on her, both emotionally and financially, it was an honour to serve South Africa and she would do it again in a heartbeat. ‘I have no regrets and I hope my story doesn’t bring too much fear to others. The fact is, I’m still alive and South Africa is a better place because of my decisions and convictions.’

These days, Mosilo is still slowly healing and rebuilding her life. ‘I gave up R2,3 million and half of my bonus. I did suffer. But at the end of the day, I was rewarded with a R3 million salary. My book among the Top 10 at Exclusive Books. The reaction when people read my book has a ripple effect. They’ve said how my story encourages them to make changes in their lives. We cannot afford to look the other way, because really this country is, I think, is definitely worth fighting for. Revolutions are not pretty. For change, somebody has to suffer, to die. But it is a small sacrifice for the fruits of our democracy. I would do it again a “Trillion” times.’

Mosilo challenges SAICA members to ensure that those who are part and parcel of the institutions, the ones who signed dodgy deals and essentially looted billions or rands from state-owned companies, are held accountable, to be the difference makers the world needs, to be courageous and do the right thing.