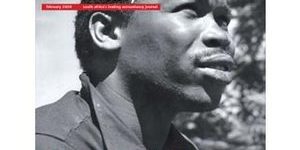 In this issue, we deal extensively with the question of managing people within the business, and how this has a direct impact on a company’s financial performance (see the articles on page 14 and 16 respectively). In fact, both the authors portend that in order to ensure a company retains its competitive edge, instead of just producing more innovative products or services, leaders and managers begin to put in place a strategic plan specifically designed to develop the employee at an individual level. And this system works (please just check Google’s financial performance history on page 17).
People are increasingly becoming a valuable commodity. And while it’s taken some businesses a while (and others slightly longer than a while) finally to catch onto this success model, it does give us hope that, as employees begin to work in changed environments, expecting more from their employers, we will begin to see the ripple effect in our broader communities, where issues around service delivery, economic opportunities, poverty alleviation, entrepreneurship initiatives, the use of tax money,  BEE compliance & partnerships, begin to shift and change as people start expecting and doing more.

If we take a look at Africa over the past few decades, and investigate the extent to which big business (both public or private) and governments have been impacted by their peoples, the trend is clear. Africa has been losing skilled and highly skilled people at an alarming rate. This drain has largely been a result of dire poverty, corruption in government, bad corporate governance, crumbling economies, heinous tribal wars and exploitation. The impact on our continent, in the extreme, has meant continued poverty, corruption, crumbling economies, heinous tribal wars and exploitation.

Dr Kwame Nkrumah, Ghana’s first president, suggested many years ago that the solution to Africa’s brain drain is that Africa needs a new type of citizen. A dedicated, modest, honest and informed citizen. A citizen who submerges himself/herself in service to the nation and mankind. A citizen who abhors greed and detests vanity. A new type of citizen, whose humility is his/her strength and whose integrity is his/her greatness.

But how do we create this type of citizen? The type who, like Google suggests, will eventually display so much loyalty towards the brand (flag), that your company (country) will retain the best calibre of people.

Botswana has arguably been successful in doing this for decades. Of all the countries on the continent, it has the lowest recorded brain drain, and has one of the highest rates of return of overseas students in the world. But this is no wonder, because Botswana has had, since Sir Seretse Khama’s presidency, the most sound macroeconomic management system on the continent. Today, it is considered the continent’s leader in poverty alleviation (forecasted at 23% by 2009) having reduced rates of unemployment to 17.6%, keeping the inflation rate at 7%, and is arguably the fastest growing economy on the continent, and with the fastest growing standard of living.  All of which have been attributed to its widely recognised record of maintaining and enhancing a conducive environment for domestic and foreign investment, through its commitment to good democratic governance. It has also managed, in the process, to maintain a somewhat high level of agreement by the Batswana people to the country’s leadership strategy.
So, where Google has recently succeeded in maintaining very favourable results in terms of being considered the best company for which to work, Botswana has had similar commendations.

The World Bank Institute recently released a report called the Worldwide Governance Indicators 1996-2006, and ranked Botswana number one in Africa (followed by Mauritius and Cape Verde). Since 1998, Botswana has been noted by Transparency International for the country’s multiple safeguards put in place to ensure absolute transparency in governance, and has been ranked by the World Bank Institute as one of the most politically stable countries in the world (ranked 16th out of 212 countries worldwide).