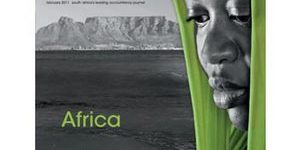 Shifting Mindsets on our continent

I was stunned to find leading foreign affairs and social commentators entangled in a twitter war of views on the ‘real’ impetus for the recent Tunisian coup. Now while these debates started before President Zine El Abidine Ben Ali was ousted and found refuge in Saudi Arabia, the question being asked via twitter was whether this social network had played an even bigger role in the revolution than merely just reporting on what was happening.

Commentators were spouting that this was perhaps the first real twitter revolution? Now, whether or not there is any merit to this proposition really isn’t of concern for me, what is far more significant is the fact that this debate, and the brave manner in which the Tunisian people acted towards Ben Ali’s dictatorship must surely indicate that there’s a change waving over our great continent. When a people are brave enough to protest against corruption within their leadership to the point of  forcing a resignation, and when technology plays such a pivitol role on the continent, then we cannot help but feel a sense of truth in respect of Thabo Mbeki’s notions of an African rebirth.

And these sentiments are surely echoed in the robust nature of Africa’s global interaction with countries such as China and India, who have already taken a long-term investment look at the continent, and have already here enjoyed some successes. Even a recent PricewaterhouseCoopers Global Chief Executive Survey reveals that African growth prospects are excellent and confidence generally is high.

But we are all aware that, despite the optimism, many stumbling blocks still threaten to keep the divide between the continent and the global business community wide.

So, in this issue, we speak frankly about the realities of doing business in Africa. The unpredictable business environment, issues for new policy discussions, and a mind-set shift for all of us wanting to expand our business offerings further on the continent. The shift is necessary, not only for the growth of our own markets, but also for the benefit of communities in which we do business.

Bill Egbe, president of the Coca-Cola Company’s South African unit, speaking during the recent Fortune/Time/CNN Global Forum in Cape Town adds: “We have operations in every single country on the continent, even some that don’t have governments like Somalia and Somaliland. People sometimes ask, ‘how does that work?’ It works because you understand that you can create a business opportunity, and people can see beyond the politics to engage around the business opportunities. And the other reason why it works is because you engage local investors in those businesses. Those are the fundamentals of a sustainable business”. asa