INFLUENCE: Succession planning for you and your firm 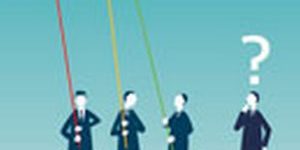 The Global Accounting Alliance recently undertook research to quantify and assess the attitudes and opinions that public accountants have toward business succession and continuity planning. In this article, Bridgitte Kriel looks at the responses of SAICA members to the survey

In May 2014 the Global Accounting Alliance (GAA), in cooperation with the 11 member bodies that make up the alliance, undertook a research study to gather, quantify and assess the attitudes and opinions that public accountants have toward business succession and continuity planning. The purpose of this initiative was to identify members’ comparative level of knowledge and preparedness in relation to succession and continuity planning and to identify which, if any, new or additional services may be of benefit to members.

The research, which looks at results from a global, national and regional perspective, aims to inform the GAA and its global partners of the issues unique to each member base, while also providing global benchmarks. The global survey results will be released in November 2014 and will be made available to members together with local comparatives. The results published in this article are based solely on SAICA’s member responses.

The research objectives were the following:

•         To determine which, if any, barriers exist that are preventing senior staff from           writing a formal business succession plan

•         To provide international benchmarks on business succession and continuity planning,           and

The survey was conducted online among SAICA members between 27 June and 23 July 2014. The respondents all work in public practice in one of the following roles:

•         Partner/owner – other than managing partner/managing owner

•         Employee or consultant of a sole practitioner/owner in public practice

A total of 213 SAICA members participated in the survey with 51% of respondents representing sole practitioner firms and 49% representing multi-partner firms.

The survey was split into three parts: views of employees of small and medium practice firms; views of sole practitioners; and views of partners of multi-partner firms and.

Views of employees of small and medium practice firms

Over half (52%) of public practice employees didn’t know whether their firm had a formal business succession plan in place.

Two-thirds of employees/consultants working in a public practice firm agreed (strongly or somewhat) that they would be “more likely to stay with their current firm if they knew they would be offered ownership in the future” (69%) and that “they’re interested in becoming an owner in their current firm” (66%). However, only 48% indicated that their owners had had discussions with them regarding ownership opportunities.

Owners should therefore engage seek to identify and engage with their employees whom they view to be potential owners early on, as this may strengthen the firm’s ability to retain their talented employees and enhance their succession planning strategy.

The future seems positive for growth in the SMP environment with 41% of employee respondents stating they are interested in starting their own practice.

SAICA may see a significant portion of late retirees among sole practitioners in public practice, with almost three in ten (27%) planning on retiring only after they turn 70 years of age. While SAICA is aware that some practitioners enjoy remaining active and involved in the profession, it is concerning that such a large proportion of our practitioners expect to retire after 60 or 65.

Out of the seven strategies listed to assist members to exit their practice, five “might” or “will” be considered by at least half of sole practitioners, with the highest proportion considering “selling their business as a going concern” (68%), “assisting their clients to transition to another firm” (67%) and “not fully retiring, but remaining a consultant after transferring ownership to a successor” (67%). The development of a successor internally is the least likely exit strategy, which may correlate with the level of qualified staff employed by the sole practitioner who would be likely to take over the business.

Sole practitioners say they are likely to consider a number of different exit strategies when they are ready to retire. However, few have actually engaged in any type of activity to start preparing  their exit strategy. For example, two-thirds (68%) of sole practitioners say they might or would consider selling their business (refer to figure 1) but less than one-third (25%) have actually discussed the sale of their business or client list with an outside firm.

Similarly, 71% of sole practitioners do not have a written or formal business continuity plan (figure 3).

Sole practitioners viewed the following as the most important items (very or extremely important) to be addressed in their firms’ succession or continuity plans:

Of the respondents which were multi-partner firms 82% were in firms with 2–5 partners and 80% of these firms employed at least one professional accountant (CA, AGA, PA or ACCA).

Thirty-five per cent  of multi-partner firms expected at least one partner to retire over the next five years. Thus succession planning is an important consideration for these firms in order to ensure that clients are properly informed in advance and serviced adequately during the transition period.

Three-quarters (75%) of managers/owners who share ownership said their firms had “identified staff or other suitable persons who could be prospective owners”, while slightly fewer (66%) had “discussed ownership opportunities with one or more staff”.

Although 89% of managers/owners who share ownership of their firms had taken at least one of the suggested steps listed in figure 5, only 21% of managers/owners who share ownership had a written or formal business succession plan (figure 6). Thus even though there may have been discussions and engagement, the lack of a documented plan may lead to disputes and uncertainty. Among those who do not currently have a written or formal business succession plan at their firm, the main reasons cited are “not currently perceived to be an issue for their firm” (36%) and “succession issues are adequately addressed in the partnership agreement” (23%), and just under one quarter (24%) are aware of the need for a plan, but have either not completed theirs, have time constraints, or don’t know where to start developing a plan.

Incidence of firms without a continuity plan (63%)(figure 7) are slightly lower than those with a succession plan (74%) .

Multi-partner firms viewed the following as the most important (very/extremely important) items to be addressed in their firms’ succession or continuity plan:

Why are a succession plan and continuity plan relevant and important?

An example was a call from a sole practitioner’s widow where the sole practitioner had unexpectedly passed away. The wife had to communicate to his clients and wrap up and sell his practice. There was no indication as to what his plans may have been, who he had identified as a possible successor, and how and what should be communicated to clients. In another instance a two-man practice had their offices broken into over a weekend, their servers and backups were stolen, and they had to redo a large majority of their client work, as well as inform their clients of the risk to them. These examples are real life examples and illustrate why it is imperative to have a succession and continuity plan.

The purpose of a continuity plan is to enable the practice to continue to function as close to normally as possible during a critical incident. A continuity plan should contain a risk management plan, which is a key element to prevention of an incident. The risks to the continuity of a firm’s normal operations should be identified, together with the likelihood and impact should the event take place. Consideration needs to be given as to how this will impact on key activities and what procedures and measures can be put in place to manage and reduce the risks to an appropriate and acceptable level and also to manage the incident, its impact, and restore the firm to normal proceedings, in the shortest time possible. Thus the continuity plan should deal with prevention, impact analysis, response and recovery.

A succession plan assists a firm to consider and focus on their future exit strategies from the firm. Consideration needs to be given as to which exit strategies the practitioners should consider and how the firm will achieve these. For example, if the firm plans to sell the firm on the partner’s retirement, considerations needs to be made as to identification of potential buyers, communication to existing clients, valuation considerations, and handover procedures, among others.

The above survey results based on SAICA members’ responses are of concern to SAICA, as there seems to be quite a large sense of apathy with regard to succession and continuity planning. The lack of planning will result in a firm’s reputation being at risk, potential loss of income and, above all, disruption to the day-to-day functioning and continuance of the practice. Succession plan deserves the necessary time and effort to ensure the limitation of wealth loss to practitioners through diminishing value of goodwill. The only way to secure this is by having a robust plan. Equally all Chartered Accountants should be aware of their duty to their clients as and when they cease practice. They need to ensure clients can have their future needs met in a seamless way. Without a plan the clients may suffer through discontinuity in professional advice and service. Without a plan there can be serious damage to the CA(SA) designation.

To address this need, SAICA will embark on the development of guidance and communication in this area in the near future in order to raise awareness of the importance of formalising and documenting a firm’s succession and continuity plans, as well as try to improve the existence of these documented plans to ensure the smooth running and transition of firms. ❐