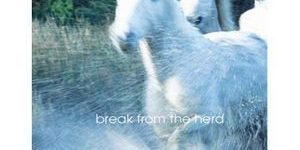 Generation Y breaks from the herd

It is widely acknowledged that generation Y is making huge waves professionally. It is the most abundant generation since the baby boomers, who were conceived directly after the second world war. The generation Y constituents are known to be techno savvy, career-minded, confident, motivated, outspoken, innovative and ‘big ideas’ people. They were taught to question traditions, the ‘old guard’ and generally to be sceptical of rules and regulations that apparently make no sense to them.

At a lunch time meeting a while back, our host shared a rather funny, yet telling, story of this generation. He related how a generation Y-er arrives at the office and finds the CEO’s parking bay empty, so he proceeds to park there. When asked if he saw that the bay was a reserved bay for the CEO, the young generation Y-er answered that the reason he parked there is that he sees himself as the future CEO. Now while we may typically think this young generation Y-er was disrespecting the CEO, he himself regarded the incident as preparation for what was to come.

This is in essence the way that this new generation person thinks and acts within the workplace. They are career focused and want promotion and success in a decidedly shorter space of time than the baby boomers. Our host went on to reassure us though that this parking bay fiasco is not likely to happen all the time as generation Y-ers certainly are unlikely to be at the office earlier than the baby boomers!

So, for the employers of generation Y-ers, the big question being asked is: “How do I retain and reward generation Y-ers given their very different set of ideas and values?’

It’s such a simple question, but it typifies the changing working environments in which we find ourselves. Despite the economic recession, and despite the fact that many of our CEOs are still baby boomers, a large proportion of the workforce is being filled by the generation Y-ers. And smart CEOs are beginning to understand the value of ensuring that they put in place the most appropriate work packages for this new generation employee.
In our three cover stories, we break down the issues and discuss the changing business relationship environments, talk broadly about key retention strategies and start looking at creative and innovative reward structures that go a long way to attract this highly educated generation Y employee, who demands that you be sensitive to his/her needs. Their tag line could be – show me you care about me and I’ll show you I care about your company. This is fast becoming a mantra that employers must acknowledge in order to sustain their own organisations’ future viability.

This is much the same as with the auditor – given our very uncertain economy and changes to perceptions of this industry sector, and changes to the interpretations of applicable laws.

Society, whether business, private or civil society, is demanding a closer relationship between individual needs and collective outputs. It is with this in mind that our new Zuma-led government is reassuring business and the general population that the link between what is needed to revive confidence in businesses, grow the economy on a domestic and global scale, and impact positively on closing the gap between the first and second economies, is closely partnered by the efficient and effective and, indeed, relevant delivery of services.

Could this be the dawn of a generation Y type of leadership for both our country, and more specifically, our economy?