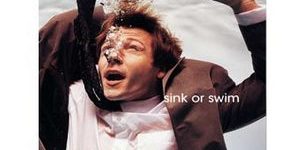 Sink or swim: surviving the crisis

It has happened before. In Spain in the 15th century after it discovered silver in South America and used this new resource to finance wars. In the 1870s, after the railroad and agricultural finance collapse in the US. In the 1980s in Japan when loans on real-estate speculation went bust. And the very recent economic crisis sparked by greed and/or overregulated policy, whichever we believe is responsible for the crisis.

But history teaches us that the old adage which says that a crisis created opportunities, is very much the focus of this month’s cover features.

Surviving the crisis is probably more about the architecture of the lessons learned than the reality of the lessons suffered. Because, as we know, whether or not there are opportunities in a crisis as elaborated on in our articles on pages 19 and 20 from both an investor and local service delivery perspective, the stark realities are that thousands of people have lost their jobs, sales have decreased, and profits have dropped. Long-term opportunities mean very little for those of us faced with job cuts and the consequential inability to meet our monthly expenses.

But neither can we ignore these long-term opportunities, because we also know that everything works in cycles, even recessions. So, we know that we will, as Ben Bernanke, in early May, eloquently defended the flattening of the economic decline by year end, see the end of the recession and once again look forward to an increase in domestic spending, diversified portfolios and perhaps some innovative government policies being created, much the same as after any other crisis faced by the world.

The question to ask though is whether or not the architecture created for protection from this economic crisis, will suffice for what must be other social, political and ecological crisis we surely are to face in the future.

Will we sink or swim when faced with the issue of Sustainability as it pertains to the environment? Will we be able to survive this crisis? It doesn’t seem so as many still do not understand the role our profession, for instance, must play within this space.

On Page 22, Graham Terry talks about Global Reporting that must surely be at the top of our list of priorities given the realities that have lead to the current economic climate. He urges us to embrace sustainability as it offers many business opportunities. The big danger he says is that if we do not embrace it we will rapidly lose relevance as a profession. It’s much the same scenario as when Wall Street crashed and investment banks and bankers were quite happy that turning their partnerships into corporations meant that they transferred the financial risk of the work they do to their shareholders. Surely we don’t want to be in the same boat and transfer the associated social, political and ecological risks to someone else.