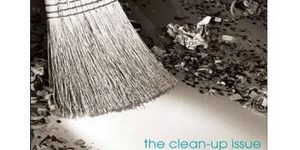 The next G20 summit is to be held in November this year, and I can honestly say that I’ve never been more intrigued or anxious of what surely is to come from this meeting.

Why? Well, in April leaders of the world’s top emerging economies (BRIC – Brazil, Russia, India and China) met for the second time to address various initiatives to overcome the consequences of the global financial crisis, to mobilise themselves for the next G20 meeting, and to make a case for a new financial world order.

In fact, BRIC members stressed that they share the perception that the world is undergoing major and swift changes that highlight the need for corresponding transformations in global governance in all relevant areas. They further stated: “We underline our support for a multipolar, equitable and democratic world order, based on international law, equality, mutual respect, co-operation, coordinated action and collective decision-making of all States”.

Co-ordinated action and collective decision-making are concepts often touted in these editorials – it talks to vision and strong foundations. And it’s the central theme of this month’s thought leadership article by Tom Boardman. He shares that “Successful organisations – and that includes countries – are those that have a clear, compelling vision of which people want to be part. They are able to withstand shocks and to survive even during long periods of duress, because the organisation’s people have more at stake than just their salaries; they want to be part of something that has been built on values”.

And this is exactly the premise on which BRIC has built and developed its economies and are beginning to engage on as they enter this phase of a changing financial world order: “We believe the deepened and broadened dialogue and co-operation of the BRIC countries is conducive not only to serving common interests of emerging market economies and developing countries, but also to building a harmonious world of lasting peace and common prosperity. We have agreed upon steps to promote dialogue and co-operation among our countries in an incremental, proactive, pragmatic, open and transparent way”.

I’m not sure about you, but I certainly am looking forward to this new financial world order, and in particular, Africa’s role in this. According to E&Ys recent Mergers and Acquisition report, “Africa is well placed to take advantage of any global economic recovery, especially because it is relatively less exposed than the other emerging markets such as BRIC. Although BRIC commands a proportionately higher share of the global investment inflows currently, Africa is lurking closer than most investors think”.

Letter to the editor

I refer to the April 2010 Accountancy SA article “Nothing Ventured Nothing Gained” which dealt with S12J. From the limited use of this section and the even less effectiveness of it in raising capital to date it seems that amendment is required before any practical gain can be achieved. If the policy makers thought it worthwhile to get legislation drafted and approved then it is surely worth getting it effective. As the author of the article wrote “The criteria to qualify as a VCC are extremely onerous”.

Some of us are looking at using it as part of an initiative to help kickstart local economic development but there is resistance. We and other roleplayers are looking to engage Treasury to see if there can be suitable amendments to make it more workable.

To date the main concerns (some of which were raised by the author of the article) seem to be:

•  listing (of Fund) not possible as an exit mechanism;

•  tax deduction not available to unlisted companies, trusts, partnerships and other structures used by corporates for structuring and wealthy individuals to manage wealth;

•  need for VCC to exercise some control over investees under certain circumstances;

•  the heavy penalties for non compliance; and

•  why should franchisees be excluded as they are a safer form of entry to entrepreneurship for many budding entrepreneurs.

I am sure there are others as well. Alternative solutions will be proposed. A lot could probably be achieved by requiring full disclosure of related party transactions and having heavy penalties for non disclosure.

If any of your readers have input they can send it to me at guypharris@worldonline.co.za or call me on 0825598755 or fax me on 0866708949 or write to me at Box 1222 Parklands, 2121. If they want to be part of a think tank to develop further alternatives, or even part of the delegation to Treasury, please let me know.

The current grouping includes existing and “under development” venture capital funds, angel investor groupings and related entities and SAVACA – the Venture Capital Association. If SAICA wants to join that would also be great!