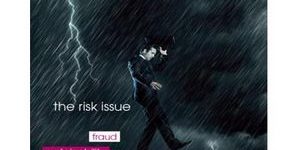 There’s definitely an enormously huge shift happening to the world as we know it. Not only are we experiencing climate changes and excessive electricity hikes, which will either cripple us or lend themselves to more energy efficient households, and an unusually well performing property sector as far as Mergers and Acquisitions (M&A) activities go (RIF bought ApexHI Properties for R12.7b and Ambit Properties for R2.5b in 2009, making this series of deals the largest M&A transaction in 2009). Economists and leaders the world over are beginning to understand our changing landscapes and are starting, albeit to a small degree, to do business differently. And not only because the recovery period post the global financial meltdown makes this necessary, but because the risk gap is indeed widening.

In June 2008, I lamented India’s economic rise and fall, and rise again, and since the R2.3 Billion China/SA trade agreements in late March, no-one can realistically ignore BRIC’s (Brazil, Russia, India, China) super rise over the past few years and this despite the global financial meltdown.

Jim O’Neill, Head of Global Economics, Commodities and Strategy Research at Goldman Sachs recently opined that the BRIC’s markets have weathered the global economic crisis remarkably well, emerging stronger than before. They are on pace to equal the G7 in size by 2032, seven years earlier than originally predicted. He goes on to say that it is now possible that China could become as big business-wise as the US by 2027.
Some other important points that he made at the end of 2009, were that:

•  between 2000 and 2008, the BRICs contributed almost 30% to global growth in US Dollar terms, compared with around 16% in the previous decade;
•  since the start of the financial crisis in 2007, some 45% of global growth has come from the BRICs, up from 24% in the first six years of the decade;
•  long-term projections suggest that the BRICs could account for almost 50% of global equity markets by 2050; and that
•  BRIC economies are likely to account for more than 70% of global car sales growth in the next decade, with China expected to account for almost 42% of this increase.

He also very cleverly points out that “The fact of the matter is, close to three billion people around the world, half of the world’s population, hasn’t really been touched by this crisis in the way that most people talk about“.

And this is very true. BRIC, with a collective make up of more than 42% of the world’s population, 14.6 percent of global GDP and 12.8 percent of the global trade volume, understandably has weathered the global financial meltdown extraordinarily well.

Banco Bradesco, Brazil’s second-largest bank by market value, predicted in March that Brazil’s economy is forecast to grow 6.1% in 2010, bolstered by rising domestic demand, increasing exports and higher investment. Brazil’s GDP will accelerate from 0.5% this year as record-low interest rates boost consumer demand, and commodity exports to emerging markets such as China increase, Bradesco’s chief economist, Octavio de Barros wrote in a report.
Russia’s Deputy Economic Development Minister, Andrei Klepach, said that Russia’s economy could grow by as much as 4 to 4.5% in 2010 and its GDP by 3 to 3.5% in 2010. He added that Russia had began to come out of recession from the third quarter of 2009, following a recovery in international commodity markets and the government anti-crisis measures, which have propped up the national economy and restored consumer demand.

Pranab Mukherjee, India’s finance minister, said that India had shaken off the “despondency and gloom” that had pervaded the economy a year ago, as the global financial crisis was felt in the large emerging markets. In the final quarter of the 2008/09 fiscal year, growth slumped to 5.8% per cent from earlier highs of near 9%. Growth in 2010 is estimated to be at about 7.5%. The confidence in the domestic economy is in part based on a savings rate of 32.5% and an investment rate of 34.9% that has propelled India to be among the fastest growing nations. The finance ministry has also taken satisfaction in India becoming the 10th largest gold holder with 557.7 tonnes of bullion.

China was the first economy to show a positive growth during the global recession, achieving 8,7% GDP growth in 2009 and, according to the National Committee of the Chinese People’s Political Consultative Conference chairperson, Jia Qinglin, China had officially exited the recession in December this past year, and has forecasted a 2,3% GDP growth for 2010.

So where’s the risk?
While most analysts would agree that the BRIC’s story is a positive one, especially for South Africa, which is an emerging economy with close ties to at least India and China, the key issue is whether BRIC can actually, realistically, live up to this potential, or whether these economies will succumb to the same problems as the super powers of a few years ago. Environmental changes, resource issues, and economic structural constraints have been offered as very real risks for BRIC.

Eurasia Group’s Ian Bremmer and Preston Keat address these risks in their 2009 book called ‘The Fat Tail’. They also add that the one fundamental flaw with the BRIC story is the assumption that the leadership or governments of these four countries would exist in pretty much the same form for years to come.

“Rapid growth often leads to increasing income inequality within a country. This could spark social unrest and divisive internal conflicts.”

While I absolutely agree with Bremmer and Keat around the risks for BRIC, I am less pessimistic and will continue to lament that it’s not unfathomable for emerging economies to rise up successfully as super powers, and offer, in my humble opinion of course, that our biggest success or biggest risk factors is people.

So as you read our articles on fraud deterrence this month, please note that fraud occurrences are within the sole ambit of people, not structures, policies or a lack of regulation.