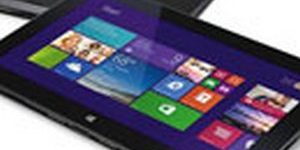 Microsoft have announced a brand new version of Windows, calling it Windows 10. This is the most significant reboot since Windows XP. Windows is the key to global business technology, and the CIO is key to the business chain that makes Microsoft Windows the dominant player on the desktop.

Windows 8 and the latest update, Windows 8.1, failed to ignite any upgrade passion from industry and swing enterprises off Windows 7, and even off the now discontinued Windows XP. There were many reasons for this. A key fact was that business is notorious for not fixing that which is not broken. Windows XP and later Windows 7 did what business wanted in 95% of all scenarios.

Windows 8 with its entirely new interface was one step too far, and the projected growth of new form factor computers which relied on touch just did not happen in the enterprise space. The ubiquitous and well-accepted Start button was no more and was replaced with a tiled interface that just did not resonate with users.

A complete reboot and rethink was required. A new Microsoft CEO in Satya Nadella, and the growing need to refresh the desktop environment, has led to the latest and most collaborative release of Windows in Microsoft’s history, Windows 10.

Windows 10 is a clear break from the past in name, look, and feel. Microsoft have skipped the logical move from 8 to 9 and indicated that 10 will be customer centric and customer focused, along with a unified approach that treats each new installation individually. All the Windows 8 apps will run as windows on the desktop and the Start button will function as it did before in Windows 7, along with some clever enhancements.

Microsoft have built intelligence into the system itself. Windows 10 will recognise that it is running on a tablet with touch and present a touch-friendly tiled interface that resembles Windows 8.1. If a mouse and keyboard become present, as in convertible tablets, the interface will switch to a more appropriate desktop view. Windows 10 is designed to run on all screen sizes from 4″ smartphones all the way to 80″ TV sets, with game consoles in between.

Windows 10 is built on the same kernel and underpinnings as Windows 8.1, ensuring hardware and software compatibility. IT departments can focus on the interface and not be distracted by new driver and compatibility issues. App development will be faster, cheaper and more ubiquitous, as all apps will run seamlessly across all platforms. In addition, a new app store model will allow company stores and company ownership of licences.

A technical preview of Windows 10 is available to enterprise and business users at http://windows.microsoft.com/en-us/windows/preview. It is highly recommended that this build not be installed on production machines. A consumer preview will be made available in early 2015 with the commercial launch planned for mid-2015.

This Windows 10 reboot may just be what industry ordered from Microsoft and will help take Windows into the next generation of hardware and user interaction. ❐