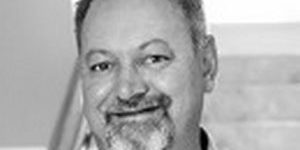 “Huge investments have to be made in South Africa and around the world to provide energy for, feed and house a rapidly urbanising population.”

The impending arrival of a carbon tax in South Africa has sparked widespread industry resistance. But is a carbon tax necessarily counterproductive – if these taxes are invested in low-carbon infrastructure?

Mainstream thinking has it that reducing or carbon tax to minimise climate change will immediately halt – and probably reverse – any economic progress. But that is nonsense, according to Paul Krugman, the 2008 winner of the Nobel Prize for Economics. In a New York Times column, Krugman writes that: “Saving the planet would be cheap; it might even be free. But will anyone believe the good news?”

Krugman delves into two recent and heavyweight documents to make his points: one an IMF working paper and the other a major study by the highly respected New Climate Economy Project. These analyses conclude that limiting carbon emissions will hardly slow economic growth – and may in fact speed it up.

The research shows that the world must invest an estimated US$89 trillion by 2030 across cities, land use and energy systems to support a growing population and rapidly expanding middle class. How is this new investment to be spent? In sprawling cities with low residential densities and high rates of car use, as the fossil fuel barons and their zealous lobbyists would prefer? Or through compact urban developments that are intrinsically more productive and socially inclusive, as well as consuming and emitting much less energy?

The fact is that huge investments have to be made in South Africa (as in the National Development Plan) and around the world to provide energy for, feed and house a rapidly urbanising population. How that investment is made is critical to a low- or high-carbon trajectory for humanity.

As the price of renewable energy technologies such as solar drops exponentially, do we complement efficient cities with “future-proofed” energy systems that reduce emissions, or will vested interests lock us into a dirty energy grid that would eventually have to be replaced again. Besides the other benefits it lists, the IMF paper points out that reducing the respiratory impact from coal emissions will bring substantial rewards from reduced medical costs and improved productivity. Anyone living in Mpumalanga and Gauteng would certainly agree.

According to Krugman, there is already sufficient capital to finance a low-carbon transition and the numbers show a 5% premium at most against “business as usual” development. Balance that against a 2% global GDP loss for 2 °C of global warming …

We just have to get our heads past the fuzzy thinking and special interests that link reduced emissions to slower economies. ❐

See website version for notes and references at www.accountancysa.co.za.