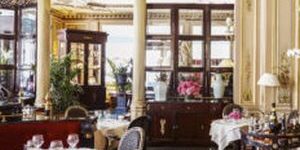 Many people will tell you that everybody should try to visit Paris at least once in their lifetime. This is a city of contrasts – from the romance to the amazing dining experiences to the bohemian atmosphere of some parts of the city

Paris is an easy city to navigate and explore by subway, its famed Métro. It’s probably one of the most accessible cities in Europe. So, if you are lucky enough to be visiting the city for business or pleasure, you’ll want to stay somewhere that’s as part of the city’s history and unique experiences such as the Louvre, fashion and food.

The InterContinental Paris Le Grand Hotel is one of Paris’ most beautiful and historical hotels. Its doors opened already in 1862 and it was built by the wealthy brothers Isaac and Émile Péreire. The hotel’s construction was part of the complete reconstruction of Paris, a vast public works programme commissioned by Napoleon III and directed by Georges-Eugène Haussmann which included the demolition of crowded and unhealthy medieval neighbourhoods, the building of wide avenues, parks and squares, the annexation of the suburbs surrounding the city, and the construction of new sewers, fountains and aqueducts. The hotel filled an entire triangular city block and boasted 800 rooms on four floors for guests with another two for servants.

Throughout its long history the hotel has hosted royalty such as Tsar Nicholas II of Russia and King Edward VII of England. In 1869, James Gordon Bennett Jr met with Henry Morton Stanley in the hotel’s Imperial Suite to convince him to make his famous journey to Africa in search of David Livingstone.

Since then it was acquired by other hotel groups, but in 1981 it was bought by the InterContinental Hotel group and they’ve managed to keep the history alive since then.

With its well-known history of hosting Paris’s most exclusive events, the spectacular Salon Opéra ballroom has been magnificently restored to new heights of elegance.

The hotel has more than 2 000 square metres of events facilities and is perfect for intimate business meetings as well as gala dinners. The impressive Conference Centre offers 13 rooms with high-tech equipment and natural lighting and there are two grand ball rooms.

Each of the 470 rooms is luxurious and spacious – and once you lie down on the king-size bed you’ll actually consider taking a quick nap to revive your energy to explore this astounding city. And you’ll need it – with the famous Galeries Lafayette department store a mere five minutes and the Avenue des Champs-Élysées just 500 metres away.

Business as well as leisure guests benefit from round-the-clock special attention and care. The most exacting guests have Club InterContinental and its VIP lounge at their disposal.

Service, from the scrumptious breakfast buffet to dining in one of the top-class restaurants, is typically Parisian – flawless and perfect.

It’s not a surprise then to know that this hotel features at the top of any visitor’s list and that on many booking sites it’s rated as the best value-for-money hotel in Paris.