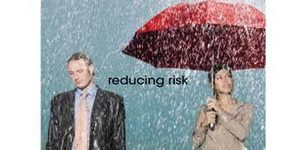 There are surely many who would argue that the one factor that triggered the current financial crisis we’re facing is greed. Toru Hashimoto, former chairman of Deutsche Securities, was recently quoted at an international Financial Crisis Advisory Group (FCAG) meeting as agreeing that greed, excess liquidity and poor risk management contributed more to the current financial crisis than flawed accounting rules.

Greed and excess liquidity: During the Clinton administration in the US, banks were encouraged to extend housing loans to ‘poor’ neighbourhoods. The banks complied, and cleverly repackaged loans and sold them to hedge funds. So, as early as 1997, the first pool of subprime mortgages was securitized by Bear Stearns.

These mortgaged-backed securities allowed banks to have more funds to lend. This of course led to a housing boom. But this was short lived, and by 2006, when homeowners couldn’t sell their homes at the higher rate, many were forced to default. And because many homeowners’ mortgages were held by hedge funds, there was no room to negotiate a settlement.

So, given this, who was really to blame for the crisis? The Clinton administration? The Bush administration, which constantly crowed about putting more Americans into their own homes? The homeowners, who should have known that they would not be able to afford these home loans? The Realtors for encouraging the sales? The lenders for lending? The hedge funds for taking on the risk?

Whoever is to blame, greed and excess liquidity clearly started this global recession.

Would tighter regulation have helped? Well, this brings us to poor risk management.

The financial innovations during this time clearly caused great exposure to risk that both the banks and hedge funds and other investors clearly either did not fully understand or had not properly prepared or put in place risk management processes to mitigate this exposure.

How could business have ignored the importance of risk assessment and management of market and funding liquidity, reputational risks, and due diligence practices.

I guess it’s the proverbial ‘who dunnit?’ or rather “who didn’t dunnit?’ scenario that we need in order better to assess and manage risk in order not to find ourselves in a similar situation going forward.

This is exactly why the global accounting profession has launched an initiative to examine the profession’s role in the international financial crisis, as well as establishing how best to deal with similar crises that might occur in the future.

Professor Wiseman Nkuhlu, South Africa’s representative on FCAG, has delivered the overwhelming message from our country to FCAG that both corporate management and investors cannot wash their hands of their involvement in the global credit crisis.

FCAG have scheduled three meetings for the first quarter of 2009, and we’re hoping that, through this initiative, we’ll begin to lay down a comprehensive regulatory framework that will ensure there is no recurrence of crises of this magnitude in the future.

The FCAG is jointly chaired by Harvey Goldschmid, former Commissioner, US Securities and Exchange Commission, and Hans Hoogervorst, Chairman, the Netherlands Authority for the Financial Markets.title