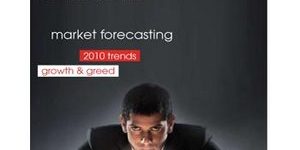 A tribute to Ken Walton

When we first started the column Death and Taxes nearly ten years ago, who would have thought that it would become one of the journal’s most popular columns? Thought provoking, provocative, thoroughly entertaining, and always educational, Penelope Webb’s articles definitely went against the grain of what many of us had come to expect of the typical tax article. It certainly wasn’t typical, and it certainly wasn’t of ‘grey, dark suited’ material either.

While other writers within her specialist field may have decided to follow the controversial or sometimes plain dull route to beg reaction, Ms Webb was too sensible to be cheekily controversial, too smart to be nondescript, and too adept within this specialist field to not only share great insight, but keep non-tax specialists interested and keenly aware of the intricacies of the field.

Everyone who came across these articles agreed that they certainly had immense depth of narrative and tax insight, and this was only possible because Penelope Webb’s creator, Ken Walton, had worked in tax all his life. When he left school in the UK he worked for the Inland Revenue and then Coutts & Co Bank in London for many years. He came to South Africa in 1974 and worked for Arthur Andersen, Ernst and Young, Deloitte and Touché, and finally Altron, where he was Group Tax Manager for ten years before his retirement at the end of 2005.

On his contribution to ASA, Mr Walton said:
There are many learned commentaries on the tax system in South Africa but what Penelope has tried to do is to take a light-hearted and humorous look at a serious subject – but always with a moral.

My nom de plume also sums up the task facing tax practitioners in South Africa – a never ending and ever changing job. It’s a pun on Penelope’s Web. She was the wife of Ulysses and when he went off to the Trojan Wars in ancient Greece she was pestered with suitors. In order to appease them she told them she would choose one of them when she had finished knitting a shroud for her father-in-law. Every night she undid what she had knitted during the day and started again the next day – hence a never ending job. And, of course, when Ulysses came back from the war he killed all the men who had been pestering his wife.

Hence Penelope was a model of virtue and in her column I have tried to reflect that by never promoting or condoning any specious or dodgy tax arrangements. I’m always conscious that many SARS officials read your magazine.

On reflection, that all sounds very pompous, but I’ve always tried to make the column humorous and easy to read.

And we certainly concurred with this sentiment and, in February 2009, when we reproduced a face for the ever-witty Ms Webb to readers, Ken Walton’s reaction was priceless: “Raina, do I now have to start dressing like Penelope Webb?”

He thoroughly enjoyed contributing to our members’ knowledge base, and we truly appreciated and in turn enjoyed every word written and every thought shared.

And at this time of reflection, we remember Ken Walton dearly, who passed on after a bout with cancer on 18th December 2009. And for his numerous contributions to the profession, we salute both his work, and his family for allowing him to share his passion with us.

You are surely missed dearest Ken!
From all at SAICA.