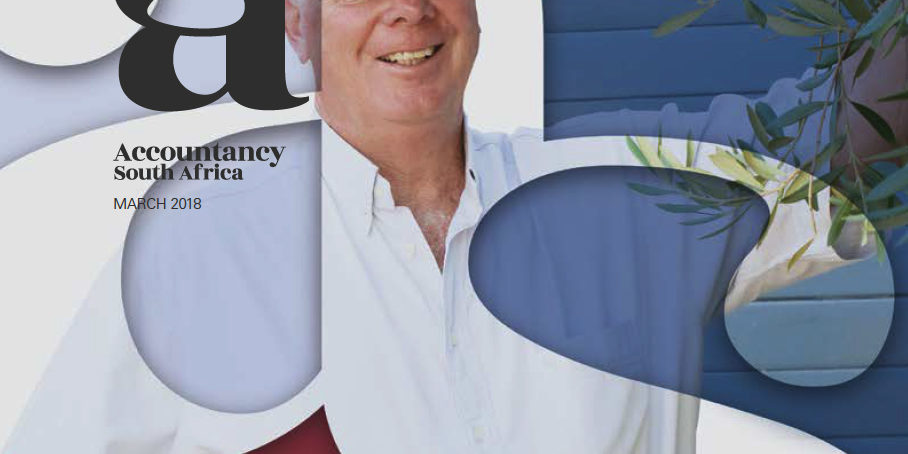 Read the March issue in the format of your choice, click below:

Is Your Behaviour Ethical?

This month we have a focus on ethics and it seems that one can’t really discuss ethical leadership without looking at ethical behaviour. What is ethical behaviour? It’s knowing and doing what’s right. And as a CA(SA) you should have ethics entrenched into your daily behaviour – it is after all the cornerstone of the chartered accountancy profession.

And like Mike Brown says in his interview on page 40 that ethical behaviour is an individual value with each person having his or her personal moral compass and consciousness regarding the subject. However, that does not mean it’s a complex issue. He defines it as follows: ethical behaviour is doing what you know is the right thing, taking account of all stakeholders that are likely to be influenced by your decision. So, it isn’t something you can refer to in a rulebook or textbook to see what you’re allowed to do. Deep down, irrespective of various community’s customs or behaviours, human beings intuitively know what is the right thing to do.

Then historian Lord Acton stated: ‘Power corrupts and absolute power corrupts absolutely.’ And unfortunately we as South Africans have seen how power can corrupt leaders that we are supposed to look up to. And everyone can do their bit by being a leader others can look up to.

If you do a bit of introspection – ask yourself how ethical are your leadership behaviours. Are you someone others can trust? Do you respect others? Would you consider showing a smaller profit if it would make a difference in the lives of your employees? It is a challenge to balance the needs and interests of various stakeholders and that is probably where your character is tested the most … If you’re under pressure to deliver results – do you hold on to your morals?

In an article on page 32, ‘Ethical dilemmas: what does millennial leaders do’, the author writes that the greatest predictor of unethical behaviour is the emphasis on self-gain. It is exacerbated in an economically driven business world with unrealistic performance expectations and in companies where the boss is perceived to be a bully. Unethical acts are often committed from a resentment and disillusionment perspective.

One of the keys to having an ethically run company is to have morally upstanding leaders. Research has shown time after time that employees are more likely to act ethically when they have ethical leaders who guides them and sets an example.

In an article (‘Are you an ethical leader’) by Michelle McQuaid, published on the Huffington Post website she mentions her interview with Professor David Mayer from the University of Michigan. He says that many executives embrace the practices of ethical leadership because of the kind of leaders they hope to be and the legacies they want to leave. He also said that ethical leaders are moral people and moral managers – they don’t just act ethically on their own but try to create the right type of environment to influence others’ behaviours by creating an ethical culture, talking about ethics and rally following that up with policies and practices that encourage the employees in the organisation to do the right thing.

As a CA(SA) business leader, you have the opportunity to influence behaviours and develop ethical employees – just imagine the change it can bring in corporate South Africa if ethical behaviour can be entrenched in everyone’s behaviour.