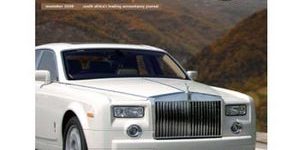 At the time of writing this editorial, Kgalema Motlanthe has just been announced as South Africa’s third President at a time that many considered the beginning of the end of the African National Congress (ANC) as we know it.

For the past 14 years, the ANC has controlled the National Assembly with its two-thirds majority of the seats. The ANC has directed policy frameworks, it’s (according to Judge Nicholson anyway) interfered in the judiciary process, it’s demarcated borders to and fro, it’s disregarded medical expertise in relation to the HIV/AIDS issue, it’s been at the forefront of corruption and fraud, it’s managed to leave the majority of the poor in relatively similar circumstances post 1994, it’s seen the largest exodus of skilled professionals in their term of office, it has … and the list just goes on.

Now, in my humble opinion, the day that the ANC won the country’s first democratic elections was the end of the ANC as we had come to know it in the time of the Luthuli, Sisulu and Mandela ANC-lead party.

You see, the issue of control, whether political, social or economic, is an acutely susceptible concept or activity.

When out of your grip, it is something you almost detest others for having. When it is in your grip, the mere thought of having only a bit of it propels you to strive for complete or absolute control.

And as I see it, herein lies the challenge. Because when you have absolute control, it’s easy to become susceptible to what Lord Acton expressed in a letter to Bishop Mandell Creighton in 1887: “Power tends to corrupt, and absolute power corrupts absolutely. Great men are almost always bad men.”

Having started with our new President, can I end with very best wishes on behalf of our profession to President Kgalema Motlanthe, who surely is a good man with a significant challenge to rise to.