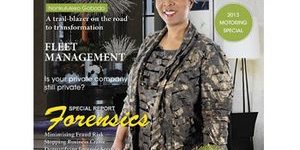 I recently read an article about Jeremy Stoppelman (the founder of Yelp) and how he succeeded by doing things his way. Stoppelman also features prominently on this year’s Fortune list of top 40 young business stars.

When Stoppelman was applying to Harvard Business School in 2003, he asked his boss at PayPal, Elon Musk, to write him a letter of recommendation. “I don’t think that Jeremy needs to go to Harvard,” Musk recalls typing. “I just want to make it clear. My personal recommendation is that he doesn’t go.”

Stoppelman was admitted to Harvard anyway, only to drop out a year later so he could start Yelp, a user-driven business-review service, with his friend, Russel Simmons. Yelp has since grown into a multinational publicly traded company with 1 700 employees and a market cap of US$4 billion. Stoppelman has twice rejected offers to buy Yelp, first for a reported US$500 million, from Google, and then for US$1 billion from Yahoo.

During his career this was not the only time Stoppelman went against advice and followed his instincts, but in the end his instincts helped him create a world-class company.

Someone else who followed her instincts and went on to create a world-class company is our inspirational cover profile this month, Nonkululeko Gobodo. She had a vision of one day helping to change the economic landscape of our nation – and that is what she’s doing today.

Gobodo was unwillingly thrust into the limelight when she graduated as the first black female chartered accountant in South Africa. She set out on her chosen career path to achieve personal fulfilment and ended up being a role model to other aspiring young black females as well.

She was immediately offered a partnership at KPMG where she had completed her articles, but declined the offer as she ultimately wanted to establish her own firm. Even though the dream took longer to realise than she initially thought, it became a reality and last year SizweNtasubaGobodo won its most substantial contract yet, a R450 million multi-year deal to audit Transnet.

SAICA would also like to congratulate South Africa’s new Auditor General, Kimi Makwetu CA(SA). We are proud of you and will support you every step of the way.