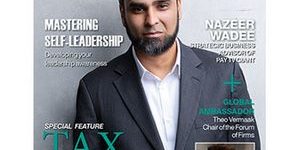 During visits abroad, and especially to First World countries, one always draws comparisons between what ‘they have’ and what ‘we have (or don’t have)’.

Then, sometime during your trip, you realise that yes, they have amazing public transport networks, no power cuts or water problems, and a strong currency (among many other advantages) but you also (hopefully) realise that while they have all of that, they may not have what we South Africans have: not only sunshine and lots of space, but also a sense of pride – and our people.

During a recent trip to the United States I followed the news online about the terrible collapse of the bridge structure over the M1 in Johannesburg and about the student protests (and I saw first-hand how the rand reacted as investor sentiments soured) but I also met – through searching for venues to watch the Springboks in the Rugby World Cup – a lot of fellow South Africans living in the US.

At first I expected them to talk about all the ‘bad news’, but all they wanted to talk about was home. And while some of them left ‘home’ for a great work opportunity and thought they’d only stay a year or two but ended up extending that stay, a lot of people also left because they had lost trust in the country’s ability to create a future for them and their children.

Then I read the stories about the student protests again, and while I don’t agree with the violence that occurred during the #FeesMustFall campaign, I can’t help to feel optimism that our students are willing to take a stand to get a tertiary education to ensure that they create a better future for themselves.

And I also felt proud when more often than not the fellow South Africans I met were CAs(SA) – and each and every one of them would tell me how much their designation means to them and how it makes them respected in their business circles. In fact, most of them feel it sets them apart from the rest.

So while we don’t have all the advantages that First World countries have, we have one of the most valued chartered accountancy designation in the world – and therefore we have capability and hope to make a difference.

If we manage to look beyond the cacophony of negative voices for now, I do believe that you will agree.