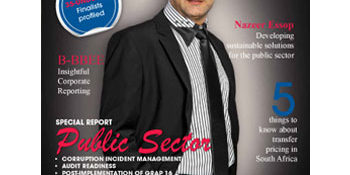 Last year social media networks were swamped when a US court found a teenager not guilty after he was driving under the influence and caused the death of four people. The judge accepted his defence: that he suffered from “affluenza” (his affluent parents hadn’t taught him to accept responsibility for his deeds).

“Affluenza” is a term used by child psychologist Oliver James in his book Britain on the Couch, in which he asserted that “advanced capitalism makes money out of misery and dissatisfaction, as if it were encouraging us to fill up the psychic void with material goods”. In a later work, Affluenza: How to Be Successful and Stay Sane, James compares affluenza with selfish capitalism – it’s a viral condition that spreads through affluent countries. In these countries people define themselves by how much money they make. They’re also ruled by superficial values – how famous they are, how much they are able to show off.

Erich Fromm would have said that we have moved from a state of being to a state of having.

When I recently read an article on this very topic, I couldn’t help realising that in South Africa we are in a state of advanced capitalism and that for many having has become much more important that being. Considering the controversial R246 million upgrades to his private home, our President is – alas – an excellent example. He is avoiding accountability, and not only does his response to reports undermine the Public Protector’s findings, but he seems to be acting as both judge and jury on the issue.

We focus on the public sector this month, where accountability is a big issue. It is saddening to see how far some in the ruling elite have strayed from the examples set by Nelson Mandela. He understood the vital importance of the constitutional principles of accountability and the rule of law. An important barometer of the extent of the problem in the public sector is the increasing diversion of public funds away from the public good to serve private interests. Naturally corruption in the private sector is also a problem, but unless we get a handle on corruption in government, corruption in the private sector will continue unabated.

South African partners of Transparency International in government, business and civil society are also of the opinion that corruption is becoming worse. Transparency International’s Global Corruption Perceptions Index for 2013 shows that South Africa has dropped 34 places since 2001, with half the decline occurring since 2009. We are currently ranked number 72 out of 175 countries and heading downwards.

Fortunately many great companies and CAs(SA) are fighting corruption and are aiming to improve accountability.

We should continue to stand up for what is right and strive to get our country in a state of being instead of having.