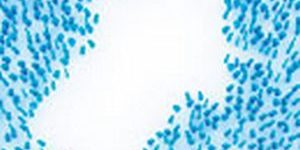 The immediate issue that faces the typical public sector chief financial officer or senior manager is what to do when a junior colleague or peer states that he suspects that his supervisor or manager may be colluding with a supplier in exchange for kickbacks, or of being involved in other fraudulent conduct.

Stage 1: Evaluate the information, identify the issues and their implications

The first response in any corruption incident scenario is that one should evaluate the information that is provided. This necessitates judgement not only about what is said, but also in respect of the individual or individuals from whom the information is received. It is a mistake to disregard tip-offs, anonymous or otherwise, or other indicators of maladministration.

Equally, it is a mistake to take precipitate action. Many investigations have been frustrated by ill-considered action and, in some instances, government exposure could increase by suspending the perpetrator without adequate evidence to corroborate at least the validity of the concern or allegation.

The Public Service Commission’s biennial report on the effectiveness of the National Anti-Corruption Hotline indicates that of the over 106 000 matters reported between 2004 and 2010, some 7 900 cases led to actual corruption investigations. Besides unsubstantiated reports of alleged corruption, this gap between reports and actual corruption is largely attributable to abuse of the hotline itself by parties complaining about matters that have nothing at all to do with corruption.

This type of false or inappropriate reporting to anti-corruption hotlines can often be attributed to disgruntled staff who may have various occupational grievance, and therefore invented or created evidence or, in the case of suppliers, false allegations may be made because of resentment at not winning a contract.

Despite the common occurrence of false allegations, all allegations of corruption must nevertheless be fully assessed and carefully evaluated before a decision is made on the merits or demerits of the allegation. Here a determination must be made as to the issues that arise and their possible implications based on what has been disclosed.

In this regard it is helpful to create a sliding scale of “incident responses”. This can be done by developing a system for conducting risk analysis of each government department’s core area of service delivery and operations, and the potential risks or exposures that these face.  The nature of the risk will predicate the response.

In worst case scenarios – for example the suspected involvement of a senior manager in systematic corruption – a meeting of the department’s major incident response team or forensic investigations team must be called. The concept of a major incident response team is somewhat non-existent in the public sector as reliance is largely placed on dedicated forensic investigations or forensic audit teams.

There is always tension in any major incident scenario between the need to keep the problem confidential and the need to involve individuals who have the power, authority and skill to act. This tension is aggravated when there are suspicions that a senior official or board member (in the case of a public entity) is implicated. Internal candidates for membership of a major incident response team could include the director-general of the department, an executive member of the board (for a public entity), a non-executive member of the board (public entity), legal advisors, the chief financial officer, the chief audit executive, the head of risk management, the head of labour relations, and the head of the anti-corruption unit or forensic audit. External candidates include external legal counsel, specialist consulting forensic accountants and public relations consultants.

If the department has a well-documented anti-corruption incident response policy and action plan, the team will have been pre-selected. Identifying credible external resources in the middle of a problem is seldom, either an attractive option or one that achieves good results. Logistics are also important to consider. The seemingly trivial matters of ensuring that all the team members can be contacted and that there are alternatives in place if they are unavailable are all-important considerations.

There should be seven items on the agenda for the first meeting of the incident response team. These are:

•         A determination of the objectives in resolving the corruption incident

•         A determination of which, if any, external regulatory and prosecutorial bodies should           be notified

•         A determination as to what legal action is required

•         The development of an investigative strategy

•         A determination of the media strategy to be implemented

Re-examination of the scope of the problem and its implications

In the period between the “tip-off” or “discovery” of the corruption incident and the first meeting, efforts should be made, consistent with confidentiality and secrecy, to determine whether there is any information readily available that either supports or repudiates the allegations that have been made.

All information pertinent to the issue should be put to the response team for it to make a proper judgement as to how to proceed.

Determination of the department’s objectives

Typical public sector objectives when faced with corruption are likely to include the following:

•         Preventing access to, and the use of, confidential information by suppliers impacted           by the allegations

•         Minimising exposure to regulatory or political principals until the matter is fully           understood and investigated, to avoid knee-jerk reactions and inappropriate media           statements

•         Maintaining confidence in leadership and morale in the organisation. and

In some situations these objectives may either not be immediately achievable or, alternatively, may lead to a conflict of objectives. The requirement to stop losses either of cash or information immediately may mean it becomes either impossible or very difficult to identify the culprit or to involve law enforcement agencies early on.  This impacts on the issue of recovery of that which has been lost.

In extreme cases, for example where the corruption is of such magnitude that it has a material impact on critical decisions such as adjudication of high-value tenders, there may be an immediate obligation to report the situation to the appropriate political principals. In less extreme situations, the question of whether to involve the police or some other body may arise. There are a number of issues to consider.

The moment that a complaint is made to the specific authorities, there is a risk that the matter will become public.

Once the police or another external government investigation body becomes involved, they will instigate their own investigation. Whilst they will use their best endeavours to ensure that the “victims” (or the department’s) interests are taken into consideration, their objectives will be to investigate and, if appropriate, prosecute those who have committed criminal offences as expeditiously as possible.

Demands will be placed on management in terms of time to provide witness statements. Government resources and service delivery time will be diverted to obtaining documentation and records to support the prosecution’s case. Generally, all documents, draft witness statements and computer records that the police review will be subsequently disclosable to the defendants and, if a trial ensues, significant amounts of confidential information are at risk of becoming public.

If actions are being pursued against third parties, for example for negligence, the appearance and cross-examination of officials at a criminal trial can give the defendants in the disciplinary and civil action a material advantage later.

There are, however, some positive advantages to involving the authorities at an early stage. They have significant and substantial expertise and authority in dealing with corruption together with extensive powers. In addition, they can obtain evidence via subpoena to any entity. This can be a very lengthy process, however.

The department should evaluate the remedies that it may have against the various parties, including pre-emptive remedies such as asset freezing orders and search and seizure orders.  These are invaluable tools in condemning the corrupt party or parties, preserving funds and obtaining evidence.

Investigations evolve and it is important throughout to review the legal position on a continuing basis.

The department’s objectives that have been identified and the legal advice that has been given will predicate the investigative strategy that is developed and adopted.

If the intention is to ensure that a criminal prosecution will be necessitated at the end of the investigation, control over documents, methodology for accessing computer systems and interviewing procedures may be different from those where only a disciplinary or civil action is intended.

Here this decision can materially affect the cost of an investigation.

There are generally three primary issues that need to be addressed:

•         Identification of the nature, quality and quantity of evidence that is required to           achieve the objectives

There are five potential evidence categories:

Documentary and other authentic evidence within the department’s possession, custody or control are all potentially significant sources of evidence. In addition to documents relevant to the corruption in question, tender documents, supplier payment records, personnel files, internal telephone, cellular phone, emails and other electronic data such as diaries can be critical in supporting or refuting an allegation.

Publicly accessible records and Internet information can be used to establish, for instance registered director interests in companies or provide evidence to enable some aspects of a net worth analysis of the suspect(s).

Staff and others, such as contractors, suppliers and customers, can also provide help by identifying breaches in internal control mechanisms or unusual practices or procedures.

Computer records can also be invaluable as these can avail access to secret electronic files or other communiqués to suppliers or other parties. On occasion, the presence of handwriting on a document can help establish complicity.

The requirement to keep the investigation confidential may at times conflict with the need to obtain documents. Consideration therefore has to be given to what methodology is used and in what sequence.

Calling for personnel files may incur some risk that the investigation will be publicised. Interviewing witnesses will almost certainly increase awareness that an investigation is underway, which may alert targets and frustrate its purpose.

In some instances, specific covert initiatives may be appropriate and justified.  These initiatives will require relevant approval of an appropriate legally empowered authority.

The selection and use of different methodologies involves other considerations. Libel actions can result if “malicious” or defamatory rumours are repeated and interviews and trade union agreements jeopardised.

If mistakes are made, the ensuing litigation can present more of a problem than the initial crisis itself.

The way that an issue becomes available in the public sphere can have a material effect on the collateral damage that the department or public entity will suffer in resolving the problem. Favourable reporting may lead staff and other stakeholders and shareholders to act less precipitately than they might otherwise. Media management must be taken into consideration, draft press releases prepared, and dedicated spokespersons nominated.

An internal investigation is like any other business project. An individual must be made accountable for it. Objectives should be identified, actions agreed upon and allocated to specific team members, and reporting deadlines set. There must be a process whereby information gained can be exchanged. In large enquiries, databases, timelines and document management systems must be established.

Initial assumptions must be challenged and regularly reviewed. If the evidence does not support the allegation, it is counterproductive to try and make it fit.