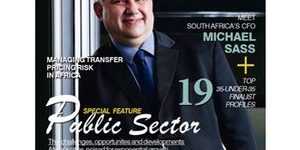 ‘Success is walking from failure to failure with no loss of enthusiasm.’

This quote from Winston Churchill aptly resonates with the words of Professor Jonathan Jansen (Rector and Vice-Chancellor of the University of the Free State) at an event I attended recently.

He spoke about why people fail in certain circumstances, but when put in a different environment, become very successful. He cited success stories of successful South Africans as examples. And most of them made it big in a small city called Palo Alto in California – also the home of Stanford University.

According to an article in the Mail & Guardian, you’d be surprised to know that a small generation of South African immigrants has risen to break through into such key leadership roles that they’re changing the US.

YouTube, PayPal, SolarCity, epigenetic cancer therapy, and intelligent Mars robots, exist only because of these expats.

In 2013 the Silicon Valley Business Journal even made a remarkable statement regarding four of their first five winners of the US’s high-tech chief executive officer awards, which feature competition from the likes of Google’s Larry Page. It said: ‘Here’s something interesting about our executive of the year awards, something that hadn’t occurred to us at the time that these four executives were selected – they are all originally from South Africa.’

Some are maybe better known. Pik Botha’s grandson, Roelof, has been ranked as high as 22nd on the Forbes Midas list of venture capitalists, having funded the launch of YouTube in 2005.

And these weren’t even among the award winners. Those include Gauteng brothers Lyndon and Peter Rive, who have built the US’s largest provider of residential clean energy, and Paul Maritz, the outgoing chief executive of cloud computing giant VMware, who was schooled in KwaZulu-Natal.

Most of them have risen to the cutting edge of American business with remarkable anonymity.

The single greatest breakthrough in cancer treatment in recent years – epigenetic therapy – has been credited to Stellenbosch’s Peter Jones, who now runs a major research centre in California.

And another South African, Dr Liam Pedersen, has grabbed what could be the most exotic job in the US. He leads a NASA research team to develop the brains of ‘intelligent’ space robots that will explore the solar system in search of extraterrestrial life.

Jansen invited a few of the high-tech South African entrepreneurs to find out why they made it big in the US, but couldn’t seem to do it on home soil. He said their responses boiled down to the following:

As a CA(SA) and business leader, you also face risks and challenges on a daily basis, but maybe a lesson for all of us is to expect more of our children, employees and friends – let’s not expect them to fail and let’s allow them to make mistakes in order to learn.