Significant changes in the pipeline – taxation of expats in South Africa 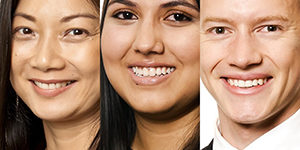 By Joon Chong, a Partner and Wesley Grimm, an Associate (assisted by Jayshall Vassen) at Webber Wentzel

Some South African tax residents working abroad, often referred to as “expats”, are grumbling about changes to the Income Tax Act, 1962 (the Act) which comes into effect on 1 March 2020.

Expats who may have previously benefitted from not paying employees’ tax in either South Africa or the foreign country where they worked, by virtue of the provisions of section 10(1)(o)(ii) of the Act (the exemption provision), may be required to pay employees’ tax to SARS going forward.

As South Africa has a residence-based system of taxation, a person is considered to be a South African tax resident where that person is either ordinarily resident in South Africa or is deemed to be tax resident by complying with the threshold requirements of the physical presence test. Practically, a person can be regarded as being ordinarily resident in a place where they are settled and live with some degree of continuity, apart from temporary or accidental absences.

The exemption provision currently exempts from tax all foreign income earned by expats while working abroad where that expat:

However, from 1 March 2020 the exemption provision will be limited to only the first ZAR1 million of any foreign income earned by an expat. All foreign income earned above this threshold may then be taxable in South Africa at the applicable marginal rate where the foreign state in which that expat works imposes little or no tax on employment income. By way of example, an expat earning the equivalent of ZAR5 million abroad may now be subject to tax at 45% on up to ZAR4 million (i.e. the balance after deducting the ZAR1 million exemption from their remuneration). This equates to approximately ZAR1.8 million in tax.

Understandably, some expats are aggrieved by this change. Concerns have also been raised that limiting this exemption may increase permanent emigrations from South Africa and have a negative impact on remittances to South Africa, particularly for those with lower incomes working abroad.

National Treasury is, however, firm in its view that the ZAR1 million threshold is already a compromise and that from a policy perspective the abuse of the exemption by some expats unfairly benefitting from “double non-taxation” (i.e. not paying tax in either South Africa or the foreign country in which they work) must be stopped.

In our view, the true test of National Treasury’s revised policy regarding the taxation of expats will be the implementation and enforcement of the amendment to the exemption provision Unfortunately, whether the amendment contributes to a spike in emigrations (for tax purposes or otherwise) and the shrinking of the South African tax base will only be ascertainable after damage has already been done.

Any expat affected should obtain formal tax advice from a registered tax practitioner before being caught unawares by the amendment to the exemption provision.