Advice: When can losses on shareholders’ loans be claimed as a tax deduction? 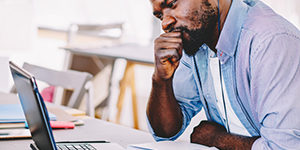 When operating in a distress economy such as we find ourselves in these days, it is an inevitable consequence that shareholders will find themselves disposing of companies for less than they paid for them, whether the companies were formed or purchased by those shareholders. But when can losses on shareholders’ loans be claimed as a tax deduction?

Moreover, it has always been, and remains, very common to fund private companies in South Africa with nominal share capital and large shareholders’ loans, often interest-free, and while there are some advantages in having loans rather than share capital, those advantages are far fewer than they used to be (mainly that it is now far simpler to repay share capital than it was in the past) and in any event business realities demand that these loans are de facto fixed capital.

Where there is more than one shareholder, typically the loans are advanced proportional to shareholding and the shareholders’ agreement will ensure that this is always the case (or if not, will compensate the shareholders who provide additional funding to a greater degree). Despite this, the Income Tax Act 58 of 1962 (the Act) does not recognise the economic substance of the situation that these loans are in commercial reality fixed capital of the company, commercially no different to share capital in many respects.

In 1991 (what is now) the Supreme Court of Appeal (SCA) decided the case of Burman v Commissioner for Inland Revenue.1 In that case, a company was funded by numerous individuals in such a manner and for all parties concerned − that is, the company itself and each of its shareholders − the investment was a pure speculation in that the company was a township developer acquiring stands for development and immediate resale at a profit. Mr Burman held a very small percentage interest in the company.

The venture turned sour and Burman disposed of his shares and loan at a loss. The SCA refused to allow the loss on the loan as this was held to be of a capital nature, and not floating capital or trading stock, even though the shares were held to be trading stock and the loss thereon was deductible (though minimal). Commercially this seems unreasonable, but that is how the SCA found the law to be (though two of the five judges in minority judgments found otherwise and in favour of the taxpayer).

The case above was decided before South Africa introduced capital gains tax (CGT). Had we had CGT in our law at that stage, SARS would have been obliged at least to allow the loss on the loan as a capital loss. This might have been small comfort to Mr Burman if he had no capital gains. The reason is that while trading losses can shelter both income and capital gains, capital losses are ring-fenced and may only shelter capital gains.

But not every all loss on a shareholder’s loan will necessarily be allowed as a capital loss which can shelter other capital gains. The reason is that paragraph 56 of the Eighth Schedule to the Act states that where a creditor disposes of a debt owed by a debtor and they are ‘connected persons’ as defined in the Act, then the creditor must disregard any capital loss as a consequence of the disposal. It will be noted that a disposal can arise in a number of different ways, including where the loan is ceded to another, say in a sale of shares and claims agreement, or by way of forgiveness or waiver, or even if, say, if the debtor company is liquidated and the loan is written off as a bad debt. The definition of ‘connected person’ in section 1 of the Act is very broad, but for this purpose as a rule of thumb one can assume that if the debtor and creditor form part of the same group of companies, or in the case of a shareholders’ loan, the shareholder holds at least 20% of the equity shares in the debtor company, they will likely be connected persons.

There are, however, exceptions to the prohibition in paragraph 56 of the Eighth Schedule and if those exceptions apply then the creditor will indeed be allowed to claim the capital loss.

The first exception would be if the disposer can show that the acquirer of the loan will pay income tax or CGT on the same amount as was claimed as a loss. It will be remembered that because the loan has been disposed of to a third party, together with the shares, at a loss, it means that the purchaser has acquired the loan at a discount to face value. If under the purchaser’s guidance the company is restored to profitability and is in a position to repay the loan in full, the excess of the amount received (that is, equal to face value) over the cost of the loan will be taxable in the purchaser’s hands. If the purchaser acquired the company as a speculation, then the gain will be subject to income tax. If it was acquired as a capital asset, then the gain will be subject to CGT. On the other hand, if the purchaser happens to be, say, a non-resident, then the gains will not be subject to tax in South Africa, in which case the seller will not be entitled to the loss.

As I said, however, the disposal might be through, say, a waiver or forgiveness – maybe to restore the company to solvency – or simply because the debt is extinguished by reason of the company having been liquidated on insolvency. In the case of a waiver or forgiveness the possibility of a ‘debt benefit’ arises, either under section 19 of the Act, in relation to deductible expenses or allowances, or under paragraph 12A of the Eighth Schedule, in respect of capital assets or capital gains. In the event that the creditor can show that the forgiveness resulted in a reduction of the tax cost or base cost of an asset, or gave rise to a reduction of the deductible expenditure or assessed loss of the debtor, or as a capital gain, under section 19 or paragraph 12A, as the case may be, the creditor will be allowed to claim the capital loss.

In other circumstances the loss will therefore not be able to be claimed. Thus, particularly on insolvency, the extinction of the liability due to insolvency will not in any way give rise to a fiscal benefit to SARS in the company, as it will be in liquidation, and thus no loss will be claimable by the creditor.

The current CGT rules and Burman’s case share a common theme: in both cases shareholders’ loans are, in commercial or economic substance and reality but not legally, fixed and permanent capital, yet losses on disposal might not be easily claimed. If, on the other hand, the economic and legal substance had been the same (that is, if the investment had initially been solely in the form of share capital), the taxpayer in Burman’s case would have had no difficulty in claiming the income tax loss on disposal and under today’s CGT rules, a shareholder will have no difficulty in claiming capital losses on disposal of the shares in the circumstances.

As I intimated previously, investing in companies with minimal share capital and large shareholders’ loans is probably a legacy from the past when loans were useful mechanisms to enable shareholders to extract profits free of tax without distributing taxable dividends and to withdraw their capital easily without the complicated company law rules that applied previously to reductions of share capital, such as obtaining a court order or the consent of all creditors. Nowadays it is no more difficult to have a reduction of share capital than it is to distribute an ordinary annual dividend, and both objectives − that is, withdrawing cash generated by profits otherwise than by way of taxable dividends, or reducing capital − can be achieved in this manner. The only remaining advantage of a loan over share capital is that the shareholder, as a creditor, will rank in competition with other creditors of the company on insolvency, whereas as a shareholder this is not the case. In practice, however, if the company is distressed, it is likely that the shareholder has subordinated or backranked the loan, in which case that benefit has fallen away as well.