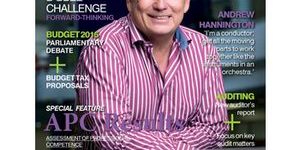 Are we losing touch?

The numbers are mind-boggling. Google logs more than a billion searches every day. On YouTube, 63 hours of content gets loaded every minute and on Facebook there are more than 800 million updates every day. The average smartphone user checks his or her phone 162 times per day. We can all work out how many times that are per hour … per minute. Maybe you don’t believe it, but try to count the times you check emails, messages, social media, news …

It will probably just get more busy. It’s reported that in 2014 more smartphones were sold than toothbrushes.

You’ll not be surprised then to learn that the average person has more relationships in the virtual world than in the analog world. Isn’t that a scary thought? We are becoming so digitally connected that we lose track of time and, sadly for many of us, we learn that we’ve lost touch with some of our most important relationships, both personally and professionally.

As a business professional, you know that business is done on a one-on-one basis. From a customer perspective, the more transactional the relationship you imitate, the easier it is to simply walk away. The deeper the bond between customer and servicer, the harder it is to break, and over time, the more satisfying the relationship becomes for both parties.

Yes, technology is part of our lives. We use to live in a world where we consumed media and information that were given to us. Now it seems that we live inside information and can have access to whatever we want.

How staggering are the changes? We used to use our phones just for calls; then we started to carry them around. Now we can wear them and soon, it is predicted, they will be part of us.

As our daily lives become less personal and technology expands its grip on the medium of human exchange, forming productive relationships with business associates can give you a competitive advantage. Listen to the great (and successful) leaders in the world – relationships are one of the single most important badges of entry into the realm of success. So, maybe for us, the ability to build successful relationships will be the key to business success.

In today’s age, where relationships seem to have no substance, it is therefore even more important to take time and start to build relationships based on trust with people around you. It will take a conscious effort to connect personally rather than digitally, but I’m sure it will be worth it. After all, we need personal contact in our lives.

On page 56 you can read our heartfelt tribute to Basia Phomane. He attempted the CTA twice, failed ITC five times, did CTA twice again, and then successfully passed both the ITC and APC. Tragically, he passed away four days after achieving his ultimate dream of becoming a CA(SA). In honour of Basia, we share an inspirational piece he had written before he passed away …

He never gave up on his dreams and was a true leader.

Hopefully, it will inspire you also never to give up – because #LeadersNeverQuit.