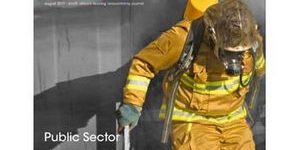 From the pen Public Sector Challenges

Just over a month ago, Auditor-General (A-G) Terence Nombembe announced that of the 237 municipalities and 49 municipal entities audited for 2009/10 financial year, only seven municipalities and ten municipal entities received ‘clean’ audit reports. Albeit an improvement from the 2008/2009 financial year, the A-G once again stressed that at the core of the problem is poor management. “South Africa’s mayors need to lead the movement towards clean audits for government’s Operation Clean Audit 2014 to succeed,” he said.

Are we only now realising this? In 2009, Minister of Co-operative Governance and Traditional Affairs, Sicelo Shiceka, launched Operation Clean Audit 2014 and, during a speech to parliament in September that year, he stated: “reports from the Auditor-General continue to report poor asset management, double payments by officials, stolen goods and assets and, yet again, some leaders chose not to do anything. Let me tell you, this time around, ‘die poppe sal dans’.”

Operation Clean Audit 2014, a national campaign to wipe out audit disclaimers and improve financial management hopefully by 2010/2011 so that by 2014 all municipalities or provincial departments receive unqualified audit opinions, doesn’t seem to be making any significant inroads if only seven of the 237 municipalities and ten of the 49 municipal entities audited received ‘clean’ audit reports for this past financial year.

So, in my humble opinion, we need to see those ‘poppe sal dans’!

Lack of transparency, lack of adequate skills and the seeming absence of political will must be addressed. Because issues pertaining to good financial management are surely the drivers for good service delivery. Mohammed Lorgot, SAICAs Project Director: Public Sector and Africa, talks broadly about this link on page 14. And on page 16, A-G Terence Nombembe talks frankly about the challenges faced within the sector and shares the innovative initiatives his organisation is undertaking to address what are surely the shocking realities within the public sector.

The challenge I suspect also includes the broader willingness of the private sector, those with the necessary skills, to assist what in effect is a crippled public sector. SAICA, in 2008, took up this challenge, and continues to assist municipalities via AAT(SA), in Johannesburg to get it right. But there are many more municipalities that need this help. Surely A-G Nombembe cannot be expected to do it by himself.