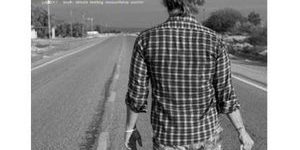 From the pen – Leadership

Earlier this year when the McDonald’s Corporation announced the appointment of Cyril Ramaphosa as Developmental Licensee (DL), responsible for the operation of McDonald’s restaurants in South Africa, Chris Gilmour, an analyst at Absa Asset Management questioned whether a change in operator would really make any difference.

He shared that McDonalds may have under-estimated the hold local fast food chains had on the market, while also opening restaurants that were too large and expensive for potential franchise holders to operate, he also questioned whether McDonald’s fare suited the South African palate.

And all of this he suggested could not possibly be impacted positively by getting a new operator on board. It would seem, according to Gilmour,  that, if a fundamental disconnect existed from the onset, not even a great leader like Ramaphosa, who built an empire in mining, energy, property, banking, insurance and telecoms, could turn the tide for McDonald’s in South Africa.

Now either this fundamental disconnect that Gilmour alludes to is somewhat overstated, and Mr Ramaphosa has the growth spurt firmly in hand for McDonalds, which then begs the following two questions:

I’m very interested to see just what kind of influence Mr Ramaphosa’s leadership will have on McDonald’s bottom line and local entrepreneurship, on its competitor market and job creation, as well as on the South African consumer.

After all, what better way to understand this complex notion of great leadership, perceived or real, other than by witnessing the essence of it being played out in this somewhat dubious scenario.

I’m of course hoping that the end result is an example of Nelson Mandela’s famous quote:  “It always seems impossible until it’s done.”