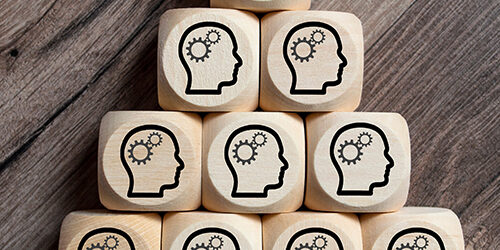 Now, more than ever, do we need SMMEs with a strong foundation and financial support to drive the economic growth and job creation we desire

I would be lying to you if I told you that life as an entrepreneur is a walk in the park. The journey of entrepreneurship is no mean feat!

Whilst managing curveballs, you have to constantly think on your feet, develop business and pick yourself up after falling, all while trying to manage cash flows. This is even more difficult when you make the transition from the corporate world where your monthly paycheque is guaranteed to entrepreneurship where you need to close a deal or sale otherwise you have no inflows hitting your bank account. The longer you have no inflows, the deeper you dip into your savings! Despite all, I must say, with the right foundation and support structures, entrepreneurship is a very fulfilling journey.

I founded Ivhu Advisors in November 2019 after what seemed like an abrupt decision, though truth be told, the move had been brewing for many years. What I had at the point of my leaving corporate was one client and a value proposition for potential clients. This value proposition was disrupted by the onset of COVID-19 a few months later. I had to pivot almost immediately to offer potential clients what I saw as a need in small, medium and micro-enterprises (SMMEs): business advisory and capital-raising services.

During Ivhu Advisors’ young life I have had the privilege of servicing SMMEs in Zambia, Zimbabwe, Tanzania and South Africa. Through my experiences, as well as those of my clients, I have lived and advised on solutions to a myriad of challenges faced in running an SMME in Africa. We are all aware that SMMEs are the engine of social and economic development in Africa. We are also aware of the widely used statistic that 75% of new businesses fail in the first five years of operations. In the same breath, the National Development Plan targeted 90% of all jobs to be created from SMMEs by 2030. This presents a conundrum, doesn’t it? The engine from which much is expected has a very high failure rate. What effect does this have on our economic growth targets as Africa? It also begs the question, is enough being done to help African entrepreneurs weather the storms through the first few years of business? As if the traditional challenges are not enough, now throw in the impacts of the pandemic.

Most would consider lack of funding as the #1 reason for business failure. I am an advocate of funding being the #2 reason. Sometimes it is not funding that is required to create a sound business but rather having the ability to build structures that ensure the business runs optimally on a minimum cost base. An approach to take would be to understand your business, the pillars that support it, as well as the key business drivers to aid the creation of a strong foundation for a sustainable business. Now don’t get me wrong, funding is also important, but getting debt financing too early may put additional pressure on the business to meet the funding covenants, resulting in the wheels coming off when the growth is exponential without a sound foundation. There is thus a delicate balance that an inexperienced founder might require assistance to navigate, though in most cases this assistance comes with a price tag that is prohibitive to most.

Several institutions and programmes have been tackling this gap. The number of hubs that have been set up across Africa has increased from 314 in 2016 to 643 in 2019 (78 in South Africa), according to the 2019 Building a Conducive Setting for Innovators to Thrive Study by Afrilabs and Briter Bridges. The report defines a hub as a centre, structure or network made up of actors supporting or facilitating the development of an environment conducive to entrepreneurship or innovation. This includes incubators and accelerators. These hubs are funded from management fees, donor funds or advisory fees, and the majority do not offer funding support.

There are also programmes such as the Tony Elumelu Foundation (TEF) in Nigeria, which was launched in 2015, committing $100 million to empower 10 000 African entrepreneurs over 10 years. The aim of the TEF is to empower entrepreneurs across Africa, catalysing economic growth, driving poverty eradication and ensuring job creation. The TEF requires qualifying entrepreneurs to complete and pass the training before pitching for a $5 000 non-returnable grant funding.

Closer to home, in August 2021, JP Morgan announced the launch of the R300 million JP Morgan Abadali Equity Equivalent Investment Programme (EEIP). The Abadali EEIP has the intention of creating positive economic and social impact in South Africa by addressing a critical funding gap for majority black-owned and -controlled enterprises. What was of particular interest to me was that the Abadali EEIP beneficiaries include exempted micro-enterprises (entities with an annual turnover of ≤R10 million), which usually require funding as a lifeline. Additionally, the Abadali EEIP will extend R40 million in grants to majority black-owned and -controlled enterprises. The Abadali EEIP aims to support +500 early-stage businesses and stimulate the creation of at least 1 000 net permanent jobs over the eight years. This might just scratch the surface in a country with an SMME funding gap of R345 billion, but it is definitely a step forward, creating growth opportunities for businesses that would have otherwise failed prematurely.
The replication of such opportunities is most needed for SMMEs, both from a support structure and finance provision perspective. Where institutions have access to capital, with no appetite to directly support SMMEs, partnerships should be sought to increase the capacity of institutions already playing that role. An example would be the TEF, who in 2019 announced they had partnered with the United Nations Development Programme to empower an additional 100 000 entrepreneurs over the next 10 years with seed capital, business training and mentoring.

Another example would be SAICA Enterprise Development’s purpose to grow South Africa’s entrepreneurial ecosystem through advancing the sustainable growth of SMMEs. SAICA ED partners with SAICA- associated small and medium practices (SMPs) and other groupings within SAICA to achieve financial excellence in both small, medium and micro-enterprises (SMME) and entrepreneurial incubators nationwide in order to create growth opportunities for businesses and, in turn, create employment opportunities. Every step is a step in the right direction.