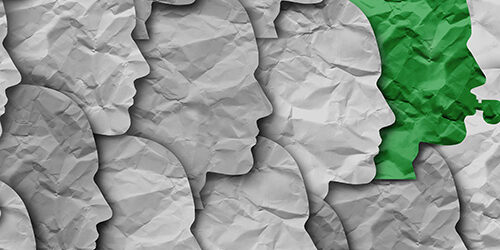 The accounting profession is currently facing significant pressure both locally and internationally, mainly due to corporate failures, alleged governance failures and alleged audit failures, all of which have had a paramount impact on the economy. In a panel discussion earlier this year, which was hosted by Milton Segal CA(SA), SAICA’s senior executive for corporate reporting and standards, and SAICA CEO Freeman Nomvalo, we obtained insight from SAICA members as to their perceptions of the greater reporting ecosystem and environment

Ethics is an absolute pillar of the accounting profession. ‘To an extent, without ethics being deeply entrenched and without ethical conduct and ethical culture, all systems, including management structures and processes, can be undone,’ explains Milton Segal CA(SA), SAICA’s senior executive for corporate reporting and standards.

But how do we go about instilling this ethical culture? How do ethics get entrenched into what we do and not just purely from an education or a course perspective?

Shaun Osner CA(SA), chairman of SAICA’s National Members in Business Committee, can’t help but wonder whether the profession as a whole is doing enough around ethics. ‘We focus a lot on the Fourth Industrial Revolution, but underlying that is a foundation of ethics and I think, frankly, ethics is a huge issue globally and in South Africa specifically.’

Adrian MaCartney CA(SA), group finance director at Aveng Group, agrees: ‘We live in a corrupt society and no amount of regulation will ever cause someone who wants to behave in a crooked way to behave in an honest way. So, fundamentally it’s about values. It’s about society and about focusing on the difference between right and wrong.’

Dorette Neethling CA(SA), and CFO at Adcock Ingram, questions if you could teach people values or ethics. ‘It is almost embodied in a person,’ she says. She believes it is up to honest and ethical CAs(SA) to take back and reclaim the profession. ‘We have to say that we are part of a profession that stands for integrity, which means doing the right thing when no one is looking.’

This is where whistleblowing comes in. The concept of whistleblowing is an important one but is difficult to roll out in practice. Segal says: ‘It is not easy to simply say, “well, I’m going to blow the whistle”. There are concerns of career, of families to support. It is a challenge to people, especially in the case of a dominant manager, CEO or board chair.’

As an example: many years ago Wendy Addison blew the whistle on fraud in LeisureNet. It’s an action, she says, that resulted in her life being threatened and left her in ‘abject poverty’. Within a few months she went from group treasurer to living on the street as a result of blowing the whistle.

This is why there is a dire need to put systems, structures and support in place to protect and encourage potential whistleblowers.
‘It is important to determine whether there is some type of financial instrument or policy where your income would become protected in the event of whistleblowing,’ says Segal. ‘This might provide the right amount of protection for someone who wants to do the right thing.’

Mandie Wentzel, Project Manager: Practice and Ethics at SAICA, feels mentoring could play a key role in overcoming the fear of whistleblowing, especially in the South African culture, where whistleblowing is perceived as bad. ‘I think sometimes you stop at the notion of whistleblowing because you don’t see any other way out. You only see that this is the end of your career and you can’t do it, because you’ve got nowhere else to go. Job mentoring would assist in people realising the importance of the whistleblowing step, because not speaking up is potentially the end of your career, as opposed to speaking up. There needs to be a mindset change.’

Freeman Nomvalo, SAICA’s CEO, adds that accountability and the practicalities around whistleblowing need to be addressed, too. ‘In the LeisureNet matter, there were at least eight or nine people involved, but only two were held accountable,’ he says. ‘There is also the issue of timing. It takes too long for punitive measures to come into play.’ He believes our approach as a profession is to recognise that and figure out what measures we can bring into play in order to hold each other accountable quickly and in a cost-effective way. ‘I’ve got no doubt the majority of chartered accountants are good individuals, but there has to be consequences on our side as professionals.’

Segal agrees, emphasising that if SAICA and its members get these mechanisms right internally, potentially we don’t have to go over all the regulation again. ‘We can almost self-correct, as opposed to looking for regulators to tell us how to behave.’

Which is why, for Segal, it’s a great step forward that it has now become compulsory for SAICA members to reflect on ethics in their CPD compliance. ‘This brings up discussions around how corporates can bring about a culture where ethical behaviour is non-negotiable. How do you get to a point where everyone believes that without ethics, there is no substance going forward?’

For MaCartney, the issue of boards and how they operate is key when it comes to ethics. ‘The concept of dominance is an issue – where you see a senior person giving an instruction that junior people are afraid to question. Dominant CEOs is one of the classic audit risk indicators of an organisation, and that stems from board weakness. The chair of a board is not there merely to facilitate meetings but to chair a board that holds a CEO, CFO and the management team to account.’

Segal agrees. ‘At the moment, it is the CEO and the financial director who sign off, but maybe the chair of the board should also be held accountable for these decisions so that there is a common accountability across the entire management structure, which could lead to a higher line of defence and defence mechanisms.’

With regard to the board, management teams and CEOs in particular, Osner thinks that the balance between independence and skills in a chairperson is critical.

Neethling states that while SAICA is taking action against certain people, when we take action against those that commit fraud, we should also try to follow the trail in a company. ‘This way you encourage people at a lower level to speak up when something ethically incorrect happens. It is never just one person who sits behind malfeasance. Somewhere along the line the instigator had help.’

If the principles and values underlying ethics can be taught to the whole organisation, to the whole chain, and not only to (for example) the CFO, an ethical culture can be created and the reporting ecosystem will be elevated to the level where it once was. Additional regulation is not likely to help in achieving this. Behaviour cannot be regulated; it needs to come from within. ‘Essentially, SAICA and its members need to get the profession back to where it was. CAs(SA) need to be society’s watchdogs and protectors,’ says Nomvalo.