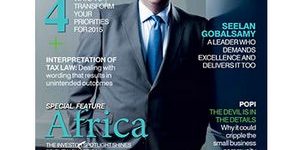 We should just remember to keep getting up …

At the recent World Economic Forum in Davos, Jack Ma, the founder of Alibaba, shared his story. He became China’s richest man when Alibaba floated on the stock market last year with the largest initial public offering (IPO) in history. At closing time on the date of its historic IPO, 19 September 2014, Alibaba’s market value was measured as $231 billion.

Alibaba – often referred to as China’s answer to eBay and Amazon – now has 100 million visitors every day, Ma told the crowd at Davos. It is also important to know that Yahoo invested $1billion in Alibaba before it floated.

Growing up in China, there were limited resources for Ma to learn, and he wanted to learn to speak English. However, he found that he could learn the language by giving tourists free tours around his hometown of Hangzhou – something he did during his teenage years every morning for nine years. Ma said that the tourists “opened my mind” because everything they said and did was so different to what he had been taught at school and by his parents.

Ma also explained why early rejections in his life only strengthened his resolve to succeed. “I went to KFC; 24 people went for the interview, 23 got accepted. I was the only one rejected,” he said. Harvard University also snubbed him ten times. “I told myself, someday I will go there to teach.”

We read many stories of failures and successes, but this is one that we can learn from – imagine what would have happened if he did get the job at KFC? He might have been a manager by now, but instead he is the 18th richest man in the world with an estimated net worth of $29,7 billion, according to the Bloomberg Billionaires Index. Maybe we should just remember to keep getting up …

What do a CA(SA) training contract and a cycling tour have in common?
SAICA is proud to be associated with South African actor Ivan Zimmermann, who embarked on a continent-long mountain bike journey from Cairo on 9 January 2015.
We are running a trainee motivational campaign – Leaders Never Quit – in conjunction with the Tour d’Afrique 2015. The campaign theme reflects the fact that the training contract that has to be completed by prospective CAs(SA) is rigorous and not for the faint-hearted. It takes long hours, mental anguish and even tears to qualify as a CA(SA). Similarly, riding a mountain bike from Cairo to Cape Town takes blood, sweat and tears. Some will even say it is madness.

These seemingly diverse activities share the common traits of commitment and dedication. Remember to follow Ivan’s journey on Twitter and to send him motivational tweets. You will stand a chance to win great prizes by motivating Ivan on Twitter using #leadersneverquit. For the next 14 weeks there are 42 prizes to be won and at the end of the tour, Ivan will select the person who motivated him the most. That person will win the grand prize of a solar power system worth R90 000. See page 20 for more information.