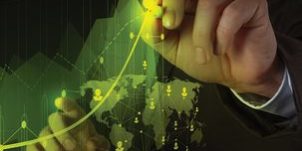 New policies must “make it easier” for job creation

South Africa’s’s new immigration regulations as well as black empowerment regulations must make it easy for small companies to create jobs and contribute to growing the economy, American Chamber of Commerce board member Tim Schweikert said.

His comments support a recent report by the Johannesburg-based business environments specialists Small Business Project (SBP) that showed that small firms spent an average of eight working days a month dealing with red tape. The report identifies taxes, labour and BEE issues as the most time-consuming factors.

Mr Schweikert said the chamber was worried about changes to black economic empowerment legislation and how some tenders were conducted.

New employment codes, also referred to as qualifying small enterprises (QSE), will come into effect from May this year. The new QSE codes will be measured using a scorecard that will require companies to comply with empowerment targets on ownership, management control, skills development, preferential procurement and social economic development.

According to an analysis carried out by PwC, many organisations are following a habitual pattern as economic conditions improve – they rush to recruit as soon as growth returns.

The temptation is strong; organisations feel the need to compensate for workforce cutbacks made during the recession but also to counter the effect of a rising resignation rate as disaffected employees who had remained during difficult times begin to look for new opportunities. The result is a growing global talent war.

PwC analysis shows that a failure to apply these “smart growth” principles is costing organisations in every sector – over US$50 000 marginal profit per employee in the banking sector, for example, and US$104 550 per employee in the utilities sector.

“Smart growth” means taking a more strategic approach to resourcing – using predictive analytics to understand the skills the business will need in the future – while maximising productivity and performance among existing staff today.

By recruiting more efficiently, matching people carefully to their roles and encouraging greater productivity by paying attention to engagement and training, high-performing organisations outstrip their competitors as they exit a downturn.

The best organisations are using analytics to predict talent supply and inform their hiring and talent management decisions. This helps them to deliver improved and sustainable business value.”

Source:  The report is available at http://www.pwc.com/en_GX/gx/hr-management-services/pdf/pwc-key-trends-in-human-capital-2014.pdf

Brand new alternative to qualifying as a CA(SA)

KPMG recently launched their Advisory CA(SA) Training Programme. A first for the Audit and Accounting Profession, this offers aspirant professionals the opportunity to gain their full Chartered Accountant (SA) qualification through a career path centred on the Advisory business as distinct from the more traditional Audit route.

John McIntosh, Executive Director and Head of Advisory for KPMG in Europe, Middle East and Africa, said: “We are really excited about this initiative, on a number of levels. Most importantly, by offering more choice to graduates we are increasing the availability of training opportunities and not simply reshuffling people from one career path to another.”

KPMG is therefore not expecting to take fewer people into Audit but rather to increase the overall intake by now also offering this choice. People will be allocated to specific client engagements to ensure that they receive the proper training to allow them to qualify. During periods of high demand in specific parts of the business, often countered by lower demand at the time in other areas, there will be a flow of people working together across the business.

McIntosh adds: “This programme talks directly to KPMG’s commitment to youth development, education and transformation. We have consulted widely on this and have the support of the professional bodies and the universities.”

Initially the programme will run as a pilot (starting in 2015) and is expected to be fully operational from 2016 onwards. This is seen as a significant step forward in meeting the on-going challenge of skills shortages and transformation of the profession.

South African private banking and wealth management continues to excel and impress on a global scale, according to judges at the 2014 Annual Global Private Banking Awards by Private Wealth Management (PWM) and The Banker magazines.

Private banking and wealth management in South Africa has demonstrated significant momentum and is being earmarked as a favourable springboard for services further into the region and beyond. The judging panel’s Yuri Bender, who is also editor-in-chief of PWM magazine, says: “South Africa was invited to join the global survey for the first time last year and so for only the second year of competing, this market is already considered a valuable one.”

Investec has been announced as the Best Private Bank and Wealth Manager in South Africa, at the 6th annual awards ceremony. They launched a pioneering strategy in 2014 that offers its global clients seamless, integrated access to private banking as well as wealth and investment services, both locally and internationally, in one place. While many Investec clients are based in South Africa, the creation of Investec One Place was an answer to their changing banking and investment needs because they are not restricted by national boundaries in their lifestyles or in their income generation and preservation.

The filter that fights Ebola

What makes the Ebola virus so frightening is its speed. In a matter of days, it can pump out enough copies of itself to overtake the immune system. But the Hemopurifier, developed by Aethlon Medical, is a specially designed cartridge that attaches to a dialysis machine, can tip the balance back in the body’s favour: its lectin filter attracts Ebola viruses and sucks them from the blood as it flows through. It’s been used only once, on a patient in Germany, but it did the trick – effectively curing his Ebola infection. In the future, doctors hope similar technology could be used on viruses like hepatitis.

Make 2015 the year for becoming resilient

Understand the wider context in which your business operates and build links to the surrounding community. This concept ties back into King III, which links sustainability to serving the needs of a wide group of stakeholders. Being a good corporate citizen and genuinely putting people before money immediately makes your company more resilient. You hear about trouble early on through stakeholder connections, and this provides you with an element of “trust capital” to quickly respond and reduce the impact of the issue at hand.

Many businesses fail to acknowledge their key dependencies, and thus underestimate the risks they represent. It may not be possible to eliminate them for all sorts of reasons, but knowing what they are is vital.

One key dependency that’s often insufficiently recognised is “technology accountability”. Many businesses across Africa are reliant on head offices in other countries to provide technology services and connectivity, and to store data. This means an outage at the head office can have far-reaching implications; isolated countries need be accountable and to know what they can and should do to recover the operations in these circumstances.

Another is supply chain dependency. Today’s complex supply chains create multiple dependencies that resonate (and are often amplified) up and down the supply chain. Simplifying the supply chain might be something that makes operational sense at a practical level, but also enhances organisational resilience enormously. Companies should also satisfy themselves that suppliers and business partners have adequate business continuity management in place.

To be resilient in times of crisis, organisations are critically dependent on the leadership and other key skills they have at their disposal. Organisational resilience is dependent on a company’s ability to retain these skills and to ensure that it has succession strategies in place. The crisis that an organisation faces could be sparked by the unexpected death of its CEO, for example. While the business continuity plan would be helpful in dealing with the crisis, true resilience would be guaranteed if an understudy had already been identified and was being groomed.

Have the right crisis decision-making structures in place

The company’s normal decision-making structures and processes are typically too slow to cope with a crisis. Davies says companies should make sure they have an agreed methodology for making swift decisions when required, and that it is specified in the company’s crisis management plan and has been well rehearsed ahead of time.

It sounds obvious, but many companies are good at their own processes and not at responding to customer needs and comments. In the digital age, in which social media provide a very public and instant platform for comment, being truly customer-focused is becoming vital to resilience. At the very least, put mechanisms in place to monitor and, crucially, respond on social media platforms timeously.

This is an ongoing battle, but complacency is fatal to resilience. Classic mistakes are to miss cyclical events such as preparing for your industry’s regular strike season. Another is to underestimate the pace or scope of change. Competition today is not only fiercer, it’s starting to change business models. Increased M&A activity, such as we are currently seeing, may be an indicator of this type of step change.

Infrastructure that is working well and does not fail is essential to a resilient organisation. This covers buildings, plant and office equipment, vehicles and ICT.

Resilience is multi-faceted, but these guidelines will help companies maintain a state of preparedness, and confer an ability to respond quickly. If your organisation is resilient, then the executive team and board have done their jobs.

Revaluation model for property, plant and equipment to be incorporated in IFRS

The IASB has tentatively decided to permit revaluation of property, plant and equipment (PPE) under IFRS for SMEs; not to change the scope of IFRS for SMEs; and not to include an option to capitalise development costs or borrowing costs. Download the IFRS for SMEs Updates from the IASB website for more information on the amendments to be made to IFRS for SMEs.

The IASB’s agenda for the coming decade

The vice-chairman of the IASB, Ian Mackintosh, talks about how the last decade has seen a dramatic change in the financial reporting landscape through adoption of IFRS and what should be expected from the IASB in the next decade. Ian Mackintosh’s speech entitled “The Maturing of IFRS” can downloaded from the IASB website.

The role of accounting in the global economy

The chairman of the IFRS Foundation Trustees, Michel Prada, notes that accounting assists in the orderly management of businesses and as a communication exercise to provide investors and other market participants with high-quality, decision-useful financial information. Michel Prada’s speech “Accounting, markets and global economic growth” can also be downloaded from the IASB website.

The future of corporate reporting and the IASB’s role

The IFRS Taxonomy 2014 has been updated for IFRS 15 Revenue from Contracts with Customers and common reporting practice in transport and pharmaceuticals sectors. IFRS 15 can be downloaded from eIFRS. Download the updated IFRS Taxonomy 2014 from the IASB website.

“… I stressed that simulation is a question of the genuineness of the transaction under consideration. If it is genuine then it is not simulated, and if it is simulated then it is a dishonest transaction, whatever the motives of those who concluded the transaction. The true position is that ‘the court examines the transaction as a whole, including all surrounding circumstances, any unusual features of the transaction and the manner in which the parties intend to implement it, before determining in any particular case whether a transaction is simulated’. Among those features will be the income tax consequences of the transaction. Tax evasion is of course impermissible and therefore, if a transaction is simulated, it may amount to tax evasion. But there is nothing impermissible about arranging one’s affairs so as to minimise one’s tax liability, in other words, in tax avoidance. If the revenue authorities regard any particular form of tax avoidance as undesirable they are free to amend the Act, as occurs annually, to close anything they regard as a loophole.”