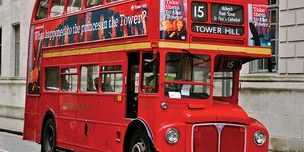 During a recent visit to London, Gerinda Jooste found out why people keep saying that they always return to stay at The Chesterfield Mayfair

London is always an unforgettable experience, but to make it one of my favourite places to visit has a lot to do with The Chesterfield Mayfair hotel.

London is a fascinting city crammed with attractions and brimming with energy. It probably offers more in the way of attractions, history and excitement that any other city in the world. Even if you’re not a shopaholic – visiting Harrods, Harvey Nichols, Liberty’s and Fortum & Mason is an unforgettable experience. These are some of the world’s most iconic shops.

So, if you’re visiting for business or pleasure, you have to make time to visit amazing landmarks like Buckingham Palace, Trafalgar Square, Piccadilly Circus, St Pauls, Westminster Abbey, and Kensington Palace, to name but a few.

If you only have a day to spare, hop on one of the red busses for a guided tour of London. Your ticket will include a boat trip on the Thames and then you can see the Tower of London, London Eye, Big Ben, Houses of Parliament and Tower Bridge from the banks of the river.

The city has had an incredibly long and turbulent past, with more than its fair share of fascinating nooks, crannies and curiosities – from the home of Charles Dickens to the remains of the Roman city walls and from its famous street markets to its secret gardens. As Dr Johnson famously remarked: “The man who is tired of London is tired of life.”

The perfect place to stay

A visit to The Chesterfield Mayfair is like a holiday on its own. Do yourself a favour and stay there on your next trip (you wouldn’t ever want to be anywhere else). It’s like stepping into a different era with old-word charm and the best service imaginable. Its quiet and understated elegance will do more than just capture your imagination – it’s where old-fashioned values of service and courtesy meet modern standards of comfort and technology.

The quiet and understated elegance of The Chesterfield Mayfair captures your imagination. It pleases, charms, and exceeds expectations in equal measure.

It’s perfect for business travellers – your home away from home. You’ll be welcomed with warm smiles and handshakes at the door and personalised thoughful touches in your room to make you feel home. Nothing you ask is too much trouble. It’s like an oasis of calm inside the hustle and bustle of Bond and Oxford streets. There are meeting rooms, office fascilities and complimentary WiFi access throughout the hotel.

The best part for me was getting William to tell me the best spots to visit for the day (or even Chris the doorman) and then after a long day of meetings going to the bar first to chat with the barman while he mixed me one of his amazing cocktails.

The hotel is next to Green Park and Hyde Park, so I rented a bike for a day and went cycling through the parks and all around the city – seeing that London is a bicycle-friendly city it was an amazing experience. You can even go for a walk in the park – just ask William for the best trail and most interesting walks. Ask him to arrange a ride along Rotten Row (for 300 years the most famous equestrian venue in England).

Before visiting the hotel I looked at reviews online and couldn’t believe why people keep saying that they always return to stay at The Chesterfield Mayfair … Well, I have to admit I understand why after experiencing it for myself. Words cannot explain the service and the ambiance of the hotel. The many awards and accolades that they’ve won is also testament to their service.

The hotel sits comfortably on a genteel street just of Berkeley Square. It is literally in the heart of London’s most exclusive and desirable neighbourhood and many of the city’s most iconic attractions are within easy walking distance. For an evening out you can take a stroll to Soho and London’s vibrant theatre land – an area of narrow streets packed with traditional pubs, lively bars and incredible restaurants. Mayfair has 19 Michelin-starred restaurants – boasting 25 stars in all. They are just a short stroll from the hotel, so ask the concierge to make a reservation for you.

Buses have a long and interesting history in the capital. The Mayor of London recently launched the year of the bus, celebrating an iconic symbol of the city’s transport network which carries 6,5 million people a day. Below are some facts covering a selection of historical, contemporary and weird nuggets of info about the world-famous transport system.

Why are the buses red?

Before 1907, buses were painted in different colours to signify their route. Owing to fierce competition between bus companies, London General Omnibus Company (LGOC) – which became the biggest bus operator in the capital – painted their fleet of buses red in order to stand out from the competition. After encouragement from the Metropolitan Police they also introduced numbers on the buses to signify different routes.

When was the first bus service?

On Saturday 4 July 1829 George Shillibeer began operating the city’s first omnibus service, running from Paddington along the New Road to Bank. He imported the idea from Paris where the service was already popular. The omnibuses could carry 22 people and were pulled by three horses. The service ran four return journeys every day.

Two iconic Routemasters are still in use

The Routemaster bus is symbolic of London but this couldn’t save them from being withdrawn from service on 9 December 2005. They were replaced with easy-access low-floor buses. However two Routemasters are still in use today on heritage routes. These are Route 9 from Kensington High Street to Aldwych and Route 15 from Trafalgar Square to Tower Hill.