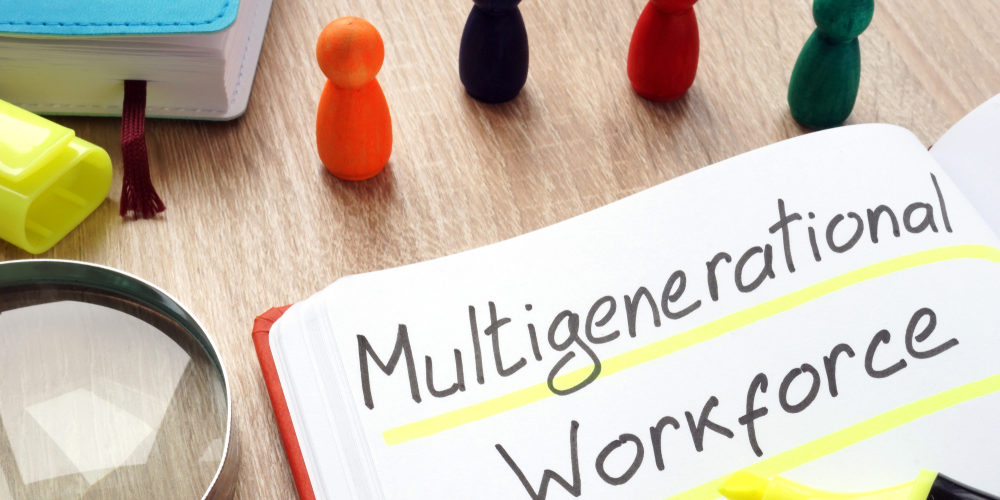 Managing teams comprised of a range of generations is a growing challenge for leaders and, if this challenge is not constructively and proactively addressed, it can have a substantial negative impact on affected employees and ultimately the organisation, a leadership expert says.

“As more and more people put off retirement until later, whether by choice or necessity, we now have multiple generations represented in the workforce, who need to be able to work in harmony despite wildly differing life experience and attitudes, behaviours and expectations,” says Debbie Goodman-Bhyat, leadership strategist and founder of Jack Hammer, Africa’s largest executive search firm which recently expanded its footprint to the USA.

She says that despite mandatory retirement age, people in general are working until they are much older, whether it be in permanent, formal or consulting/part-time capacities, which means that the staff complement in organisations is now much more likely to consist of people of all ages.

With the result that, more than ever before, leaders are required to lead multi-generational teams, which include so-called Pre-Boomers, Baby Boomers, Generation X and Generation Y (also referred to as Millennials) – a situation which predictably can give rise to conflict.

“The biggest challenge in managing multi-generational teams, is as a result of the differences in values, priorities, motivations and approaches to work of team members. How this manifests is in very simple things like work tenure – the younger generations are likely to change jobs every few years, in order to achieve the variety, breadth of scope, and opportunity to try new things that they value highly.

“The older generation has a different value system, and see the short tenure and frequent moves as a lack of commitment, loyalty and staying power, and rate a potential candidate’s suitability for a job based on their own values.”

Goodman-Bhyat notes that until recently, it has been the older generation that was firmly in the leadership seat. But with the oldest so-called Millennial now being 39 years of age, it is increasingly the case that the younger generations are starting to manage businesses and people.

“Challenges related to generational differences can manifest in much bigger conflicts, particularly around work-style, engagement, and leadership. Absent perspective and insight into the different value systems, and with competing priorities and values at leadership levels, multi-generational workforces can find it really tough to work together,” she says.

“Think about it like parenting. If the parents are not on the same page, the kids will run wild, play one up against the other, and take advantage of their weaknesses. We now have people in management with very different sets of values and views of the world. And they are required to effectively lead teams made up of multiple generations. This kind of incoherence can be very unsettling for people, and result in toxic work cultures which lead to reduced productivity and reduced engagement, which ultimately impacts on a company’s culture and its bottom line.”

But the good news is that in South Africa, managers are for the most part well-positioned to deal with a multi-generational work force, because managing other kinds of diversity is already core to their working reality.

“So leaders may already have some experience dealing with conflicts that can arise, and at the very least, most professionals will have a level of consciousness and awareness about issues relating to diversity.

“However intergenerational issues in the workplace haven’t been given as much attention and energy as other areas of difference and diversity. As a result of being left behind in the shadows, there is often background friction manifesting in toxic behaviours that undermine and unfairly discriminate.”

It is therefore essential that this area of diversity management should also be given due attention, Goodman-Bhyat says.

“If the ultimate goal is a cohesive, productive environment, the strategy for managing generational diversity is nothing new. Firstly, it requires recognition of the issue and its potential consequences if left untended. Then, the approach must be to ask questions, listen, and seek to understand.

“Recognise your own culture or values bias when you start making judgements about someone based on their generation or age. These days, we’re all hyper aware of the biases and consequent judgements we make due to gender or racial diversity, and generational diversity is the next area for serious attention.”