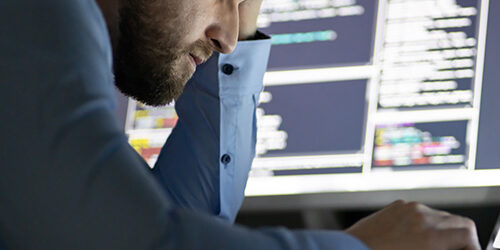 The auditor’s report is the final audit product that users of financial statements and the general public interact with, and therefore it is important that the auditor’s report accurately reflect the outcome of the audit in accordance with the appropriate standards and requirements

The IRBA Inspections Findings Report 2020 indicated that certain recurring deficiencies have been identified over the past few years. 23% of the inspection deficiencies reported in 2020 relate to financial statement presentations and disclosures. Findings on the auditor’s report form a component of these broader findings.
SAICA has consulted with members representing technical departments from various firms in order to understand the nature of the problems encountered and identify the common mistakes made by audit engagement teams in the preparation and finalisation of auditor’s reports.

Below are common mistakes made in the preparation of auditor’s reports. Audit engagement teams should take note of these in order to avoid making the same mistakes when drafting auditor’s reports:
Overall layout
References within the audit report
Independence requirement
Going concern
Key Audit Matters (KAMs)
Other Information
Auditor’s Responsibility section
Conclusion
The auditor’s report is the auditor’s main communication tool with the relevant stakeholders, and therefore it is important that the above deficiencies be resolved in order to enhance audit quality. The considerations included in this article can be used by audit engagement teams when assessing whether the auditor’s report is consistent with the applicable requirements such as SAAPS 3 (Revised May 2019).
Reference
1  SAAPS 3 (Revised May 2019), as a South African Practice Statement, is included in the definitions of auditing pronouncements in terms of section1 of the Auditing Profession Act (APA), which means that in terms of the Act, auditors are required to comply with it.
2  ISA 720 (Revised), The Auditor’s Responsibilities Relating to Other Information, paragraph 22 and Illustration 2, An auditor’s report of a listed entity containing an unmodified opinion when the auditor has obtained part of other information prior to the date of the auditor’s report, has not identified a material misstatement of the other information and expects to obtain other information after the date of the auditor’s report.