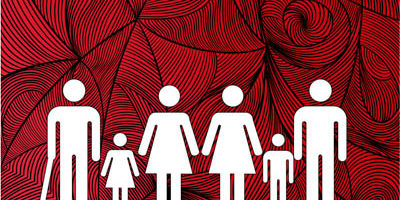 With the struggle to overcome poverty high on the South African national agenda, it is particularly relevant for leaders in all sectors of the economy to examine the UN’s SDG 1 and the progress being made locally towards attaining it.

The aim of the UN’s Sustainable Development Goal 1 (SDG 1) is stated briefly and clearly: ‘End poverty in all its forms everywhere’. This month, the #SustainableSA team consulted Miriam Altman on this topic. Described as ‘a strategist, social activist, and economist, she has served in leadership roles driving significant transformation. Her professional life has focused on framing and executing scalable high-impact solutions to economic development challenges. She, inter alia, served two terms as commissioner in the Presidency’s National Planning Commission (NPC), was involved in the writing of the National Development Plan (NDP), and more recently is leading its work on employment, the economy, infrastructure and education.1

Reflecting on SDG 1, she remarks that ‘it is deeply intertwined with the other SDGs such as that on employment’.

Indeed, this remark points at one of the strengths of the SDGs – being interconnected means that many vital areas are covered extensively and their links to one another show one world where one aspect of sustainability cannot be isolated from the others.

The local issue quantified
Altman refers to a recent NPC report that provides some definitions of poverty and the social wage while alluding to the additional adverse effect of the COVID-19 pandemic. South Africa has a very high rate of poverty for a middle-income country. The NDP sets a goal of eradicating poverty below the lower-bound poverty line (LBPL) by 2030. However, in 2006, about half of the South African population fell below the LBPL. This decreased to 36,4% by 2011, but then rose again to 40% by 2015. ‘I am not aware of comparable statistics for 2020. However, it is very probable that poverty deepened further in the context of a shrinking economy and the COVID-19 pandemic,’ she comments.

The food poverty line (FPL, also known as the ‘extreme’ poverty line) refers to the amount of money that an individual needs to afford the minimum required daily energy intake for adequate health. The LBPL and upper-bound poverty line (UBPL) are derived from the FPL as a base, but also include a non-food component. Individuals at the LBPL do not command enough resources to purchase or consume both adequate food and non-food items and are therefore forced to sacrifice food to obtain essential non-food items. Individuals at the UBPL, on the other hand, can purchase both adequate levels of food and non-food items. The poverty lines are updated annually based on the Consumer Price Index (CPI). In 2019, South Africa’s FPL was R561 per person per month, while our LBPL and UBPL were set at R810 and R1 227 respectively.

The statistics help to clarify the terminology relating to poverty, and some relevant statistics are summarised in the table below. The figures are sourced from Statistics South Africa 2019, while NDP target values between the baseline and 2030 were extrapolated from the baseline.

Altman points towards another way of looking at poverty, namely the Multi-Dimensional Poverty Indicator (MPI) which assesses poverty at the individual or household level. If someone is rated as deprived in a third or more of ten weighted indicators, the global index identifies them as ‘MPI poor’ and the extent of their poverty is measured by the proportion of deprivations they are experiencing. The South African MPI is derived from the global MPI and includes four poverty dimensions: health (nutrition and child mortality), education (years of schooling and school attendance), standard of living (fuel for lighting, heating and cooking, water, sanitation, dwelling type and assets) and economic activity.

Each of the dimensions has an overall weight of 25% in the MPI, with the weights for each indicator apportioned accordingly. For instance, child mortality carries a weight of 25%, while years of schooling and school attendance each carry a weight of 12,5%:

Meeting the challenges
Altman points towards the biggest challenges to eradicating poverty. First there is ‘slow or stagnant growth that in turn reduces available employment and business opportunity. This translates into the second issue of persistent low wages – and about half of working people in the country are remunerated to a level that would place their families below the poverty line. They would be considered working poor.’ Thirdly, there is a weakening social wage contribution – where wages are low, the social wage (such as subsidised housing and services, free basic education, free health care and similar) plays an important role in improving the quality of life and reducing the cost of living. She notes that the social wage contribution strengthened until 2008, but that there is now evidence that services are weakening, related partly to declining state capacity.

So, how can large profit-making companies make a difference?
Altman believes companies should mobilise their corporate social investment (CSI) to focus on service in areas where they have special know-how. ‘For example, I am a founding trustee on the Tiger Brands Foundation that delivers hot breakfasts in no-fee government schools, building on Tiger Brands products and logistics capabilities. When I was Head of Strategy at Telkom, we reoriented the foundation to improve digital access and digital education.’

Companies can also aid their employees by ensuring the children and communities of staff are able to complete their education to a high quality and gain access to post-school education, which should then channel into work. ‘This requires much-dedicated support. It may sound small for a large organisation, but a big difference can be made this way,’ Altman adds.

She says that smaller businesses and individuals who want to make a difference should follow the same idea: ‘Always start in your own backyard or extended family.’
Nationally, Altman says the three actions with the highest potential impact for South Africa to achieve SDG 1 by 2030 relate to education, urban densification and structural reforms.

‘Our modelling in the NPC shows that achieving the NDP’s higher education targets would lead to a reduction in poverty by 18% to 36%. The impact would be even greater if vocational education were included. Hence, strengthening basic and post-school education quality and charting young people from low-income families through to success will be the most important improvement.’

She adds: ‘Strengthening urban densification with any new settlement or upgrading being designed to build communities near to economic opportunity’ is another important action, while ‘implementing structural reforms in critical infrastructure (energy, transport, water, telecoms) would stimulate industrial progress and growth. Specifically, strengthening commuter transport systems and reducing the cost of travel would have a significant impact on reducing poverty.’