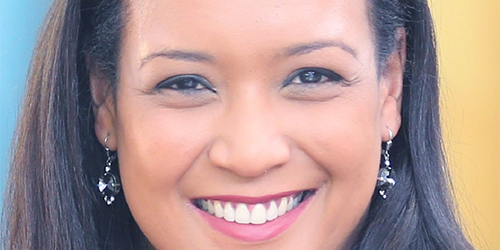 For Bianca Goodson, doing the right thing is to stand firm in your values even in the face of adversity, and even if it scares you. Making South Africa a better country for generations to come trumps any kind of financial incentives that you might get from doing the opposite

‘I had a young daughter. I was about to get married and we had just bought a house,’ she says. Life was good for Bianca and her family. ‘We were going on holiday at least twice a year – one local, one international. We didn’t have any financial issues; my relationships were good, and I was healthy. The biggest problems in my life were that I felt overweight, and I hated getting stuck in traffic. That was how “everyday” I was back then.’

Working at Anglo American at the time, Bianca describes this as the epitome of her career. ‘I was always in the mining industry and ultimately you want to work for one of the “Big Five”,’ she explains.

Towards the end of 2015, Bianca got the opportunity to become the CEO of Trillion, a start-up company. ‘The person who recommended me for the position was somebody that I worked with before that I trusted immensely, so I didn’t feel that there was anything untoward.’

Three months later Bianca resigned from that position amid scandal, death threats and chaos. ‘There was nothing special about me. The only reason people know who I am is because I made a very difficult decision in favour of South Africa at the expense of myself and my family,’ says Bianca.

‘Being a CEO is a big deal. The title means a lot to a lot of people. You’ve got to prove yourself. I had to prioritise the job to prove that I put skin in the game. I always felt that I have the C-suite in my genetics, and this was an opportunity where I could test drive it,’ she explains.

Bianca worked relentlessly, to the detriment of her family. ‘I was so focused on making things work. But there were signs that I maybe should have paid more attention to, although that’s easy to say in hindsight.’

Soon Bianca started noticing the cracks. ‘There were things that were so dodgy. Not necessarily one thing. It’s tiny things that happen that make you wonder. But then you question yourself and think maybe you’re paranoid.’

The little incidences culminated at the end of three months. Having worked for large corporates in the management consulting space, Bianca knew what good governance should look like. ‘You sort of forgive that in a start-up some of the policies and structures may be absent, but the ethical behaviour of the people should still be of the utmost importance and should be demonstrated by the way transactions are executed.’

The straw that broke the camel’s back for Bianca was being forced to open a bank account with an overdraft facility of R300 million. ‘I was a director and held the fiduciary duty of a director,’ she explains. ‘At the same time, I had to authorise that account to someone else. Luckily, I’m not that stupid.’

Bianca was the first person to resign from Trillion. ‘When I resigned, I made my discomfort very clear to my colleagues and with my concerns, they decided to stay. So, I do think it takes a certain type of person to do what I did. My tolerance for nonsense is very little.’

When she found out what Trillion was really up to a few years later, Bianca was relieved. ‘I’m so glad that God has given me the internal barometer that made me leave at the time when I did.’

Although she has been severely judged for her choices, Bianca has become very non-judgmental towards others. ‘Some people can say I ran away from the issues. Others, when I first blew the whistle, said that I was trying to “cover my ass”. Trillion said I was a disgruntled employee. Others said that I was just not cut from the right cloth. Which may all be true. But once I made the conscious decision to blow the whistle, I blew it publicly, which was a very brave thing.’

She believes if she had stayed at Trillion, the consequences for her personally would have been devastating. ‘I consider myself to be incredibly lucky to have the moral fibre and strength of character to say, even in the absence of proof, that I suspected dodgy dealings.’

It was only when she supported the investigation and worked with the Public Protector that Bianca found out the truth. ‘There will never be enough of an incentive for you to stay in a situation that challenges your ethics and morals. People underestimate the importance of listening to your gut.’

When Bianca left, she was terrified. But when she chose to blow the whistle in September 2017, it was a deliberate choice. ‘I think there are very few people who can do that.’

The price that she had to pay for her choices was immense. ‘I fell ill and was diagnosed with trauma two years ago and had to be admitted to a psychiatric hospital. It has also fundamentally altered my character. My daughter (who was four at the time) also suffered trauma because of what I was experiencing. It also resulted in divorce. In addition, I became unemployable. Trauma has got this tail …’

Four years later, Bianca is still dealing with the impact of being a whistleblower. ‘I have now been typecast by corporate SA. So, the consequences have been absolutely devastating,’ she admits. ‘But at least I can live in my skin much more easily …’
Although she says it is uncomfortable not to have the financial security of employment, and that she has had to deplete her pension just to survive, she also feels like her life is worth it now. ‘Before, you defined your value to the world based on the amount of money you had. Now I define my value on the fact that I’m trying to strengthen democracy in the country.’

However, by whistleblowing in order to create a better South Africa for all, to try and do her part to root out corruption, Bianca still finds herself unemployable. ‘A lot of friends on boards have applauded my bravery and asked for my CV. But there is always somebody in the process who decides that I’m not desirable even though before Trillion I was always headhunted, and my skills haven’t changed. If anything, I’ve publicly demonstrated my integrity.’

This makes Bianca question the cultural barometers of organisations and how they measure ethical behaviour. ‘There is something that is not working and the leadership of organisations need to start doing a root cause analysis to find out why. That is what will get to the real solution. There is something that is not right and balanced within corporate South Africa when it comes to the type of human capital that they are seeking.’

One of the greatest things that have happened since Bianca blew the whistle is that she knows beyond a doubt that her parents, both pastors, are proud of her. ‘The only way I could do what I did, is because they taught me integrity. And, through this journey, I’ve become a lot closer to my faith. I give God all the glory in the decisions I made, and that I am still standing.’

‘When you find yourself in a position to advocate against these things, I think it’s your social responsibility to make sure that you do,’ she says.

These days, Bianca is proud of the fact that she is the mother that teaches her daughter values by demonstrating them rather than just telling her what to do. There is a difference between talking about ethics and living it. She is proud that she is an example of how sometimes doing the right thing is difficult, but it’s worth it, and that she is an advocate for anti-corruption and social justice.