Feature: When the digital worker absconds 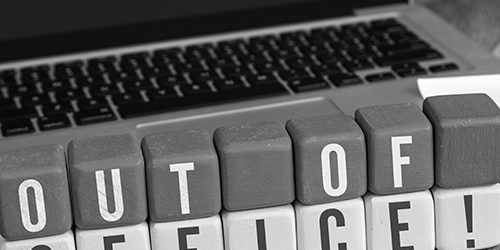 What happens when the bot does not report for duty?

In the mid-1980s, Arnold Schwarzenegger’s The Terminator provided an extreme exploration of what happens when humans lose control of the intelligent machines that they themselves have developed.

In a less extreme example, during the infancy of Google’s geolocation technology, Google Maps, it frequently navigated travellers to the incorrect location, effectively controlling and directing humans towards a failed outcome.
Machines, artificial intelligence or robots (bots) will always perform as instructed, but not necessarily as envisioned.

In the rapid adoption of robotic process automation (RPA) in accounting, financial management, administration and other highly repetitive rules-based tasks, the role of the (human) resource manager is not redundant yet.

As the RPA environment grows in maturity, there are human resource-type issues emerging such as absenteeism and adherence to schedule that must be addressed. The bot does not completely absolve us from HR-like issues, and we must plan and prepare for these.

This is amplified in a production environment like automated underwriting where there are daily production targets that must be met – absconding employees place targets at risk. The same is true for large-scale automated billing or automated payment allocations. The scale is limitless.

So while traditional human availability considerations such as annual, sick and maternity leave are no longer a factor, the adoption of RPA technology allows organisations to capitalise on the reduced demand required from human workers and redeploy humans out of task-based functions and into cerebral-based decision-making. This redeployment permanently reduces the human resources assigned to tasks and this permanency makes it difficult to respond to rapid downtime in the RPA environment.
A bot may fail to report for duty because it quite simply has no power source. Electricity supply to power the underlying hardware must not be overlooked. It may become infected with a virus and become slow or incapacitated. Reputable cyber security solutions should be the mainstay of any sound organisation.

More specifically, the bot may be consuming more tasks than its processing capacity can handle and enter into a limbo where it fails to start. It may even initiate and start every morning but immediately return to dormant – get back into bed so to speak.
So how should organisations respond to the digital worker that does not report for duty? Some of the solutions will be surprisingly similar to the human worker. It is important to remember that the bot, like a human, has specific tasks to complete and it completes tasks and sub-tasks in a set time standard. The standard for a bot is usually measured by seconds, in contrast to a human who may require minutes to complete the identical task.

The bot is then limited only by how many tasks it completes in a work cycle and how long it is deployed for in that production environment.

The most obvious intervention is for the bot, once it resumes, to work overtime and have it deployed in the production environment for an extended period. There are tangible benefits to not having to consult with labour or negotiate with the worker. Contrary to perception, however, there may be a cost attached. The quantitative fee will be nominal relative to the 1,5x or 2x remuneration standard for human workers, but the qualitative opportunity cost of running automated processes in time slots traditionally reserved for system maintenance and upgrades can be significant.

In an environment with multiple bots performing an identical process, an additional option is to identify those bots with spare capacity that can be reallocated from areas of underutilisation to areas of heavy demand.

These are short-term solutions and ultimately every case of absenteeism has an underlying root cause that must be identified. Root cause analysis is crucial – understanding at a granular level why the bot is not ‘at work’. Root cause analysis may reveal that handing the bot a task only once the previous task is completed is an effective intervention to optimise its processing capacity. Some workers chew off more than they can bite. In human workers we commonly refer to burnout.

It may also reveal that the bot is not receiving tasks from a preceding process and has opted to enter a dormant state. Or that human workers who feel threatened by the bot or do not understand how to successfully interact with the bot have deliberately or inadvertently hijacked tasks away from the digital co-worker.

Bots also have an adherence schedule to comply with. So what happens when bots do not do as they are told? Yes, lack of adherence to instructions, miscommunication and insubordination are still your problem – RPA is not the panacea to these ‘people’ problems yet.

Such an issue may arise because the bot is accustomed to pulling tasks from a specific directory location and that location has been moved without notification. Or source input sheets like digital application forms have been reconfigured by Sales and Marketing, but without partnering with the RPA team who read specific customer data points from pre-defined fields. Collaboration becomes key because any changes or enhancements to systems or processes, anywhere in the organisation, must now take the bot’s requirements into account.

The consequences of ignoring the bot’s requirements can be severe. Consider a real-life automated customer risk decisioning process where the rate of completion of the risk identification task dropped to a staggering 17% following changes made to the location of a simple demographic data field. This quickly recovered to 90% once the root cause was established. A 73% adherence deviation in a high-volume environment can rapidly accumulate to the workload of multiple human workers.

Human-in-the-loop integration must also be well articulated. Where human workers still have a role to play in a larger business process, it must be clear where the ‘handshake’ takes place and what the human worker is responsible for to allow the digital worker to generate accurate outputs. Consider where the human worker must set billing triggers for industry groups, and the triggers are set incorrectly. The bot will accurately send to all the inaccurate groups.
Machines, artificial intelligence, or robots will always perform as instructed.

An absconding digital worker is usually the consequence of poor design, inadequate change management or ineffective information technology risk management. Skills in these disciplines are critical for a modern RPA solution.
Digital workers are proving necessary to an enhanced human employee experience. The two cannot only coexist, but flourish because of each other. Digital workers release human workers from the mundane repetitive tasks that allow the human workers to apply that intangible but critical quality to work – the human touch.

Cue in the digital resource manager …